For the benefit of American fans of the PBS series, Home Fires, that find themselves waking up a little off center today wondering how their Home Fires void will be filled, we thought we’d re-post a recent effort in order to return a bit of joy to an otherwise cloudy Home Fires day. You might remember that it was not quite a year ago that audiences in both the U.K. and the U.S. were awakened with the dreadful news that the brilliant World War II drama series would not be commissioned for a third series by ITV commissioners.

Until last nights series finale which aired as part of PBS’ Masterpiece series, American audiences had not fully come to grips with what U.K. audiences have known for exactly one year to the day when the series ended on 8 May 2016. It was abundantly clear that everyone with the exception of ITV commissioners were planning on a third series.

The World War II drama, which centered on a group of inspirational women at the heart of a rural Cheshire community living in the dark shadow of wartime England, who brought the village together during difficult times, was (and will always be) stellar drama. 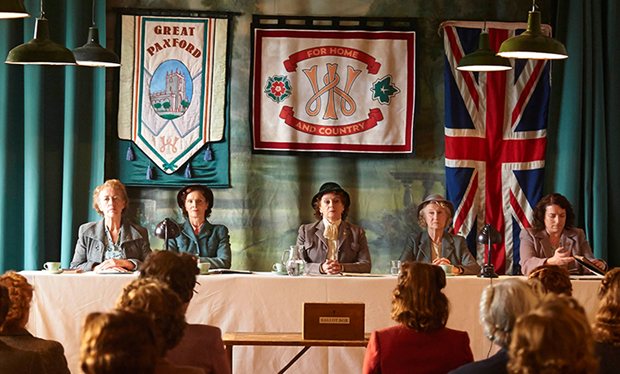 So stellar that, in a Radio Times poll, it was voted the #1 cancelled British TV show that viewers think most deserving of a revival. Over 16,000 readers, which amounted to over 1/3 of all votes, felt the female-led WW2 drama inspired by Julie Summers’ wonderful non-fiction book, “Jambusters”, was a story that deserved to continue.

Following the cancellation, a change.org petition was created to encourage anyone and everyone to reconsider the decision and ‘save Home Fires‘. While the petition fell just short of its goal of 50K signatures, victory is at hand…sort of. It was announced last month that the story of the Great Paxford Women’s Institute will live on in book form! Understandably, the creator/writer of the ITV series, Simon Block, was truly gutted and confused by the news of the Home Fires cancellation after series 2 as we all were. Finally, after almost a year, armed with the idea that the series could live on in book form, London-based publisher, Bonnier Zaffre, entered the picture and the rest, as they say, is history. 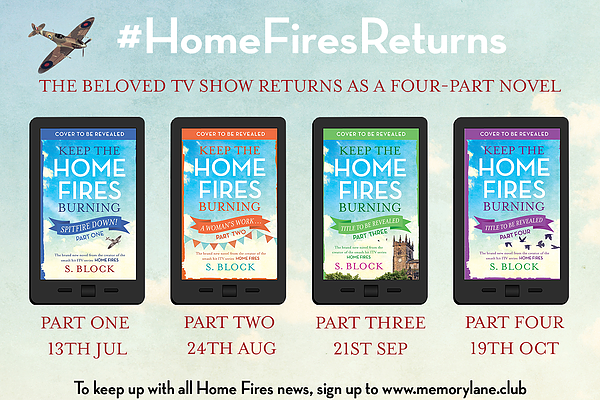 Home Fires will soon return in novel form as Block continues the story that needed to be told. As reported Tuesday on the petition site, there will be 3 books in the series with each book being released in 4 parts, first in ebook format and then the complete paperback. Full details of the migration from telly to book can be found at www.savehomefires.com/books.

The first of the three novels, “Keep the Home Fires Burning”, is set to pick up from the jaw-dropping finale of the second series, which American audiences experienced last night when series 2 concluded on PBS. If you’re interested in pre-ordering an ebook copy of the first installment, here is the direct link: http://bit.ly/HomeFiresReturns.

While, unfortunately, Home Fires has ceased to be with respect to telly, having it live on in print form is better than 99.9% of all series that suffer from the commissioner’s ax.