Thankfully, there’s a tune that has come along that will supplant “The Girl from Ipanema” as the one that is constantly in your head no matter the time or circumstance. The haunting and uplifting title theme to Victoria, the hit ITV/PBS drama starring Jenna Coleman, that is used again during her wedding to Albert in episode five is the creation of Martin Phipps. 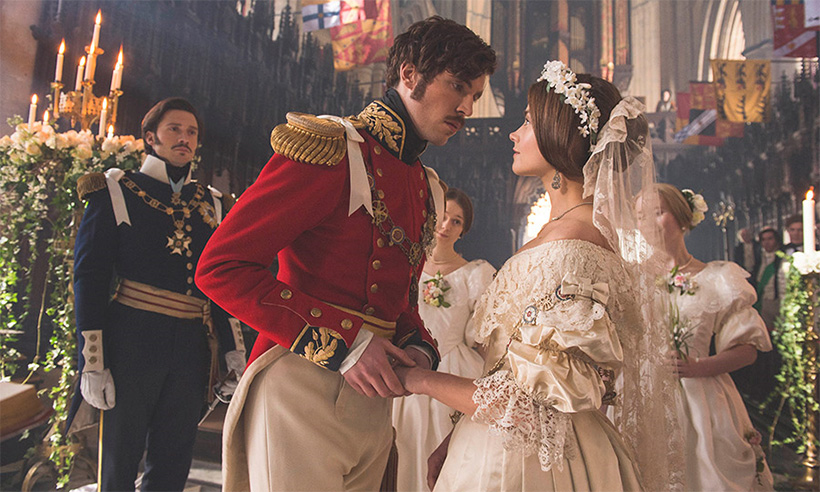 The theme tune, titled Alleluia, and incidental music for the first episodes of the series were composed by Martin Phipps, the musician who also recently worked on BBC1 shows War and Peace and Peaky Blinders.

Victoria executive producer, Dan McCulloch, told Radio Times that Phipps was shown an early version of episode one and instantly fell in love with the drama, changing his holiday plans to get to work on the composition. “Martin loved the character. Particularly her tenacity, her humanity and youth. He wanted to score something that literally came from the heart,” said McCulloch. In fact, he added, in some of the scenes “you can hear a beat that’s a lot like Victoria’s heart thumping away.”

The singing was performed by the classical choral ensemble The Medieval Baebes, who recorded the theme tune following a creative collaboration with Phipps in his East London studio.

McCullouch added that later in the series, fans will notice that the incidental music will have a different feel. “You’ll see – as Victoria’s life moves on so does the score. Albert has his own theme…”

Series 2 of Victoria returns this Autumn to ITV and January 2018 to PBS!