On Sunday, Joanne Froggatt begins her long journey from the sweet Anna Bates that we will all never forget to her next role as Sunday-school teacher/nurse/Victorian wife and mother, Mary Ann Cotton. Oh and, yes, she was also a murderer. Cotton’s infamous spree of arsenic poisonings, with which she claimed up to 21 lives is enough to give her the title of being Britain’s first female series killer with her husbands and children murdered indiscriminately along the way, in a bid for their life insurance payouts. 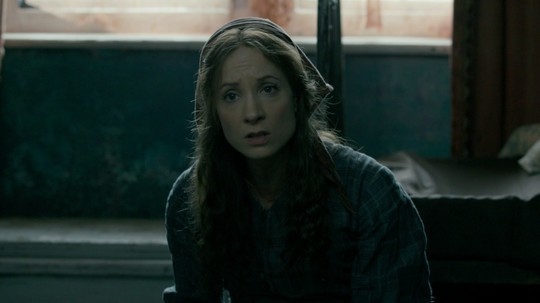 It’s a bit like James Norton going from Father Sidney Chambers in Grantchester (which, BTW, returns to PBS on Sunday, June 18) to serial killer and ex-convict, Tommy Lee Royce, in Happy Valley. Personally, I enjoy these polar opposite roles for actors as it really gives you a sense as to their range of characters and, I’m sure, for them it brilliantly stretches their acting ability. Come to think of it, it may not be such a stretch for Joanne Froggatt as the real-life Mary Ann Cotton was a housekeeper in real-life. Maybe she really did push Mr. Greene in front of that train….

Dark Angel has something for all of us. Adultery, bigamy, fraud, murder…and, Joanne Froggatt. It premieres Sunday night on PBS’ Masterpiece series. I can’t wait.