As series 6 of Call the Midwife comes to a close this Sunday on PBS, word comes from the UK that Black Mirror actress Leonie Elliott has been cast as Nurse Lucille Anderson. Elliott becomes the first West Indian midwife to feature as a regular character in the BBC drama. The first pic shows the Nonnatus House newcomer wrapped up warm in a coat and hat and gloves for the snowy 2017 Christmas special, currently filming in the UK. 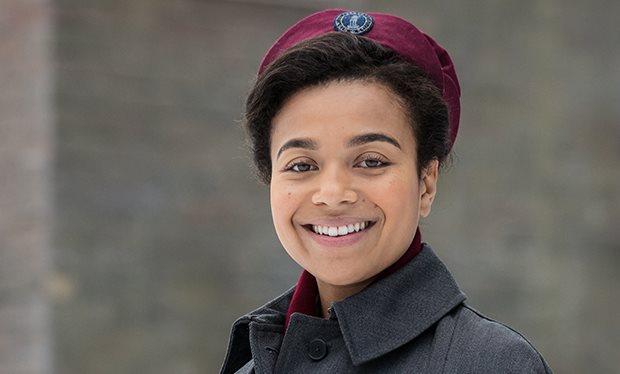 Thomas added that choosing to develop the ethnic diversity of Nonnatus House was based on her own historical research of the period. Her story will introduce viewers to the experiences of Caribbean nurses who came over to England in the 1960s to work in the growing NHS. “During my research into nursing in the early 1960’s, I was both moved and impressed to learn about the contribution of Caribbean nurses to the National Health Service at that time,” she said, adding that new character Lucille will quickly become part of the fabric of the show. 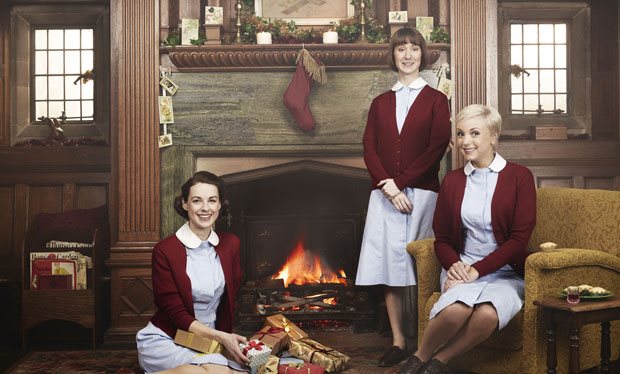 There will be a white Christmas in Poplar for the 2017 Christmas special. The festive special will see the bicycle-riding midwifes dealing with a thick blanket of snow and the coldest winter in 300 years. It’s 1963, when temperatures plunged and brought the country to a standstill. Can the midwives care for their patients as they face snow, ice, power cuts and frozen pipes? Guess we’ll find out in 7 months.