While it’s a bit of a belated celebration of Victoria Day (Monday, 22 May), the anniversary of Queen Victoria’s birthday, the producers of the critically-acclaimed British drama from ITV have released the long-awaited first video trailer showing what audiences can expect when Jenna Coleman and Tom Hughes return to ITV later this year for series 2. The first sneak peek sees the Queen and her husband at the baptism of their baby daughter, who was born in the series one finale. 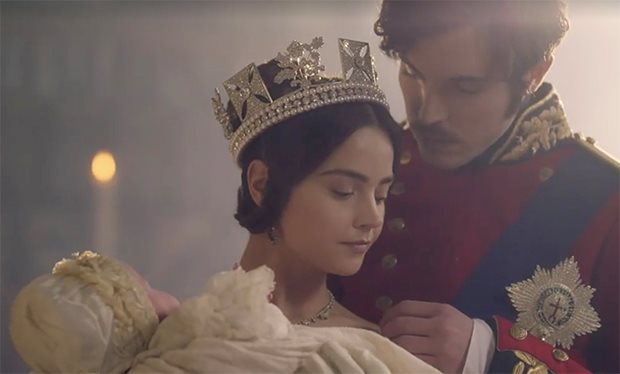 Given Queen Victoria’s famous distaste for motherhood, the newest cast addition will, no doubt, serve as a rather interesting backdrop to a young queen who will struggle with her new maternal responsibilities, while Albert takes to fatherhood like he’s been there before. The newest, ‘young Victoria’ would eventually go on to become the German Empress and Queen of Prussia. Victoria’s distaste for motherhood is pretty clear in the clip as she tries to explain to her husband why she’s not too thrilled to be pregnant again almost immediately after giving birth saying, “I didn’t spend all those years in Kensington shut up in a nursery only to be confined into another one.”

Also added to the cast for series 2 will be Dame Diana Rigg and Martin Compston (Line of Duty). Fans of the series are still holding out hope that Rufus Sewell will make a historically inaccurate return to the series. Remember that while ‘Lord M’ backed off from his role as political mentor to Queen Victoria once she started to fall for Prince Albert, he was still Prime Minister until 1841. 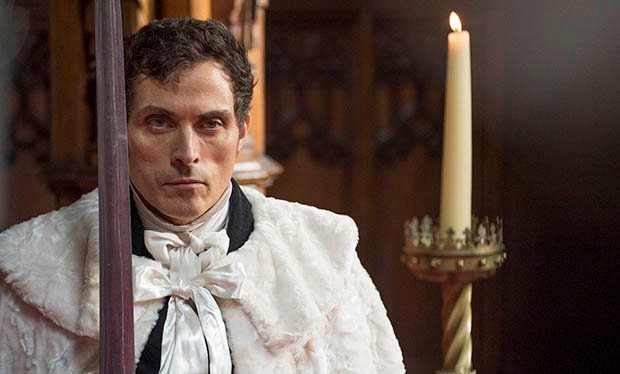 Creator/writer, Daisy Goodwin, did nothing at the BFI & Radio Times Television Festival to discourage Lord M hopefuls in the audience when asked about a possible return saying, “…do you know, one of the great things about writing this series is that we seem to have transformed a hitherto fairly obscure Prime Minister into the subject of enormous interest and, dare I say, fan fiction. And all I can say to you is that if you really want to know the answer to that question, I suggest that you go and buy a very, very good book about Lord Melbourne by David Cecil, it’s out of print but you can get it at your local library, and that may help you try to understand what’s going to happen in series two.”