When news of the passing of Sir Roger Moore hit the States on Tuesday, the ensuing conversations that I witnessed seemed to mirror what I would imagine might happen in the UK should any actor that played The Doctor pass. One by one, the people that seemed to be affected most by Moore’s passing were those that considered him to be ‘their James Bond’, much like fans of Doctor Who might reference any one of the 12 actors that portrayed the traveling Time Lord as ‘their Doctor’.

I fall into that group. With Moore playing the suave secret agent in seven feature films from 1973-1985, Moore was ‘my James Bond’…mainly because I wasn’t old enough to get into Bond films during the years that Sean Connery was 007. Moore took the character of James Bond in a more humorous direction beginning with his first Bond film in 1973, Live and Let Die. 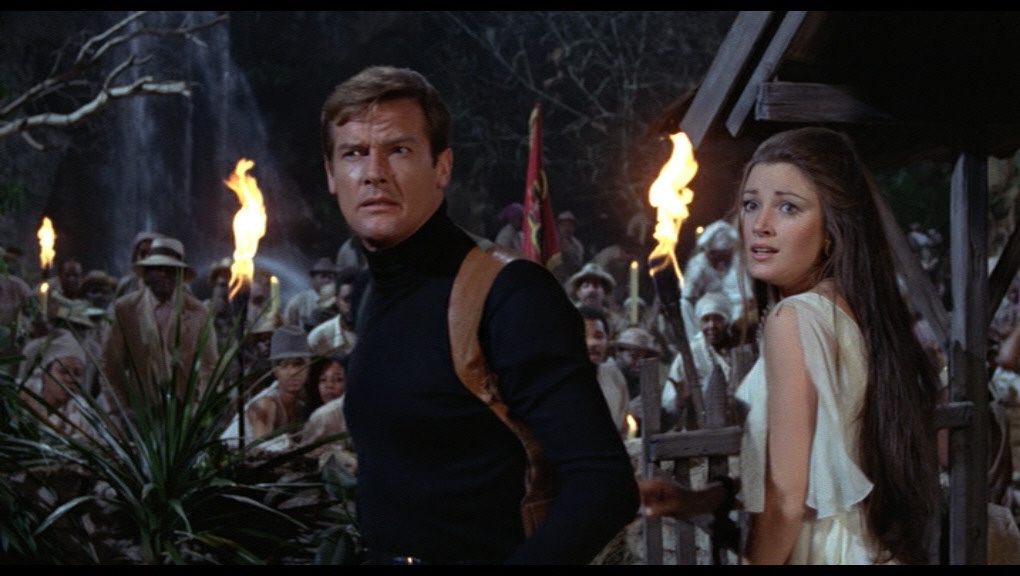 While he was best known as Bond, Moore’s pre-Bond career included six seasons as Simon Templar in The Saint from 1962-1969.  Moore went on to portray Bond in some of the more well-known Bond films including Man With the Golden Gun, Spy Who Loved Me, Moonraker, For Your Eyes Only, Octopussy and A View to a Kill.

I can’t think of a more fitting way to pay tribute to the man voted ‘Best Bond’ in a 2004 Academy Awards poll and known to many of us a ‘our James Bond’ than to re-gift his famous recipe for the ‘perfect martini’ which appeared in a 2015 article in The Guardian. Moore starts out by immediately differentiating himself from the Bond vodka martini who liked his ‘shake not stirred’. Moore revealed he was partial to a gin martini even though he had not been able to drink them after discovering he was diabetic saying, “My dry martinis taste amazing and the day they tell me I’ve got 24 hours to live I am going to have six. Here’s how I make them”….

Raise a glass with me this week to Sir Roger Moore – a.k.a, my James Bond.