Set in the 1950s Cambridgeshire village of Grantchester and based on The Grantchester Mysteries, collections of short stories written by James Runcie, Grantchester makes its long-awaited return to PBS beginning Sunday, June 18 as part of the Masterpiece series. Starring James Norton (Happy Valley, War & Peace) and Robson Green (Touching Evil, Being Human), the series tells the story of Anglican vicar Sidney Chambers (Norton), who develops a sideline in sleuthing with the help of Detective Inspector Geordie Keating (Green). The unlikely partnership pits Keating’s gruff, methodical approach to policing against Chambers’ more intuitive techniques of coaxing information from witnesses and suspects. 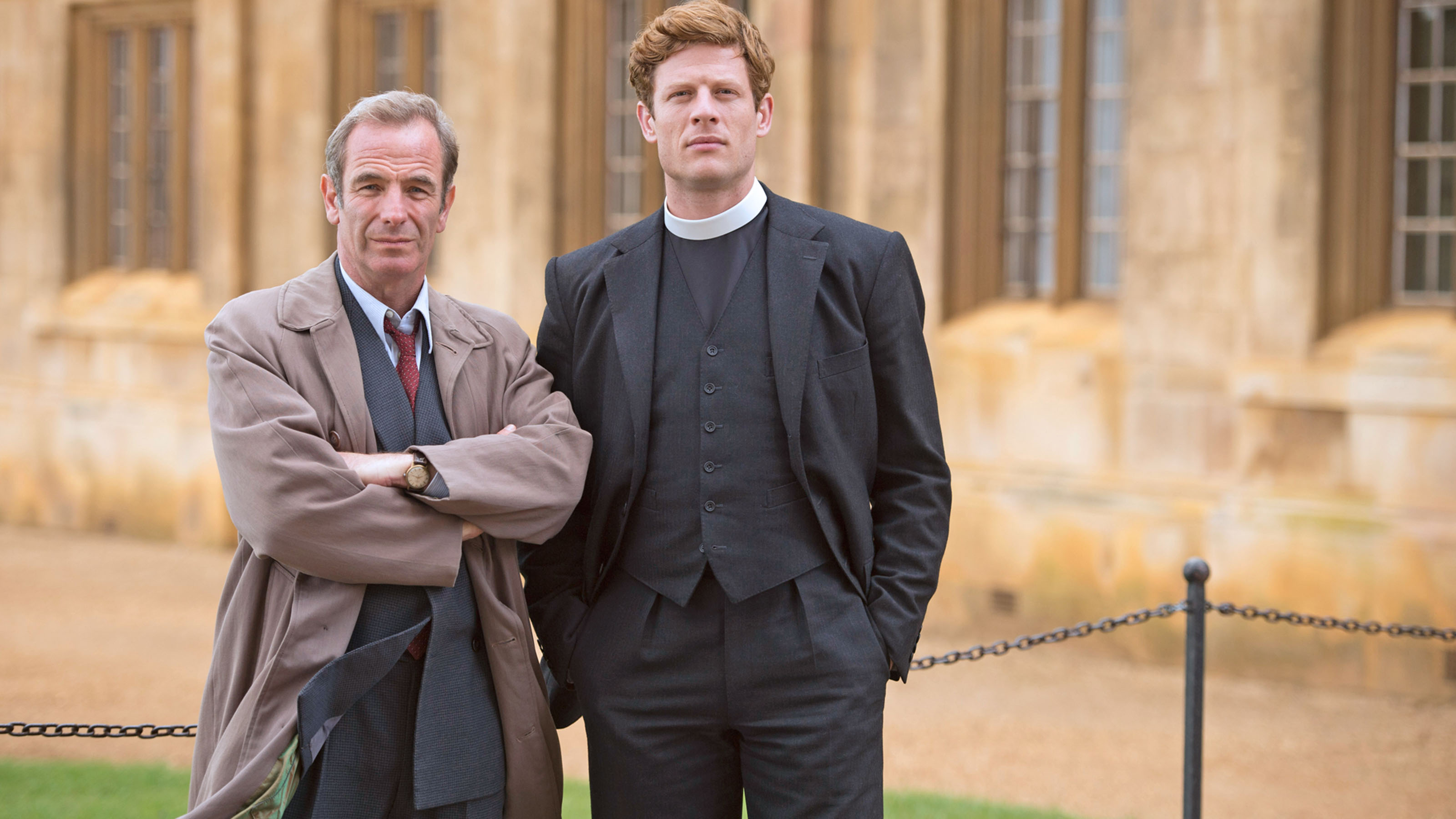 Where the Grantchester sausage is made…

The actual village of Grantchester was used for extensive filming with the Church of St Andrew and St Mary for the church interior and churchyard scenes. A private home in Lemsford, Hertfordshire, was used to double as the vicarage. The Windmill pub in Chipperfield became The Red Lion. King’s Parade in Cambridge was transformed into a 1950s street scene with period cars and buses with a restaurant is dressed with tables, chairs and menus that reflect the decade in which the show is set. Horsted Keynes railway station, on the Bluebell Railway, in West Sussexwas used to double for the exterior of Cambridge station.

A number of London locations were also used over the course of the first three series including the exterior of Kings Cross Station and Borough Market. Series 3 ended this past Sunday on ITV in the UK and premieres June 18 on PBS.