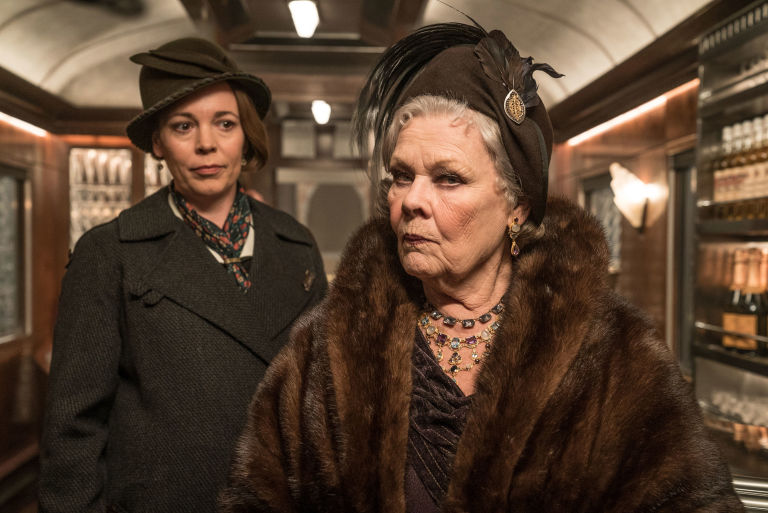 As most P1’s of Tellyspotting are well aware, I’m not a huge fan of remakes. I’m all on board with prequels. Remakes, not so much. That said, the forthcoming November release of Kenneth Branagh’s ‘remake’ of Agatha Christie’s Murder on the Orient Express may go a long way to alter my future close-mindedness. Sir Kenneth will not only co-produce and direct the newest adaptation of the Agatha Christie classic but will leave his portrayal of the tormented soul/angst-ridden detective Kurt Wallander in the rear-view mirror and star as Belgian detective, Hercule Poirot.

In addition to Branagh, passengers already on board the train include Michelle Pfeiffer, who will play Mrs. Hubbard, a glamorous and opinionated passenger with a secret, Hamilton star Leslie Odom Jr., who is playing Dr. Arbuthnot, Daisy Ridley (Mr. Selfridge, Star Wars: The Force Awakens) as Mary Debenham, a working-class woman in love with Arbuthnot, Tom Bateman (Jekyll and Hyde), who will play the Frenchman Bouc and Michael Pena (The Martian, CHiPs) as a Cuban passenger named Marquez.

Also buying a ticket on the Orient Express to round out the uber A-list cast are Johnny Depp, who will play Ratchett, the man who is murdered (hopefully, this isn’t to be considered a deal-breaker spoiler to any of you reading this), Dame Judi Dench as a member of Russian royalty, Princess Dragomiroff, the great Olivia Colman (Broadchurch, Night Manager, Twenty Twelve), Sir Derek Jacobi (I Claudius, Vicious, Last Tango in Halifax), Tom Bateman (Jekyll and Hyde, The Tunnel), The film was shot in London and Malta with a November 2017 targeted release date (3 November in the UK and November 10 in the U.S.).

While, admittedly, this may take some getting used to, there’s little doubt that given Branagh’s history of proving he can brilliantly do most anything in television, stage, and film, there’s no reason to believe that Poirot will be any different. Just think how you felt when a then virtual unknown Benedict Cumberbatch signed on to play Sherlock Holmes when you thought only of Jeremy Brett in that role. That kind of worked out pretty well for all of us over the past several years, don’t you think?

Murder on the Orient Express opens 3 November in the UK and November 10 in the U.S.