With BBC and PBS audiences currently in the middle of some serious separation anxiety waiting (im)patiently for the return of Victoria, along comes the greatness of Dame Judi Dench to bridge the gap and, hopefully, pass the time a bit more quickly. 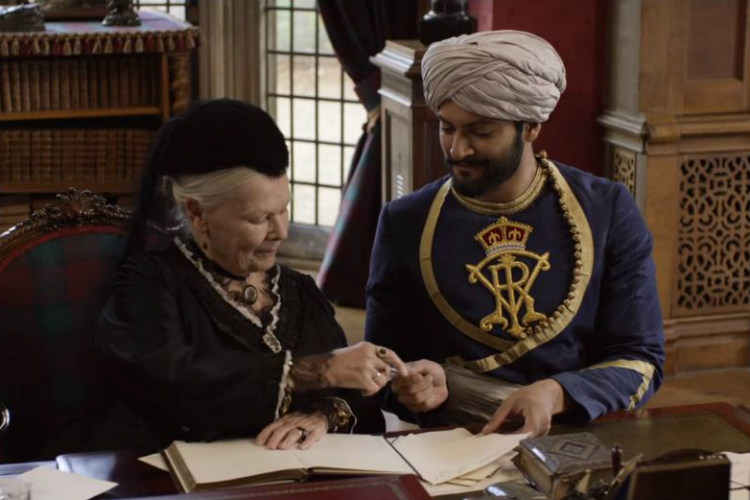 Victoria & Abdul, which opens in theaters on September 22, tells the extraordinary true story of history’s most unlikely and unexpected friendship that took place in the later years of Queen Victoria’s remarkable 64-year reign. When a young clerk Abdul Karim, played by Ali Fazal, travels from India to participate in the Queen’s Golden Jubilee, he is surprised to find favor with the Queen (Dame Judi Dench) herself. Karim served Queen Victoria during the final 15 years of her reign.

While the friendship caused deep friction within the royal household, the Queen began to question the constrictions of her long-held position and the two forged an unlikely and devoted alliance with a loyalty to one another that her household and inner circle all attempt to destroy. As the friendship deepens, the Queen begins to see a changing world through new eyes and joyfully reclaims her humanity.

Following Victoria’s death in 1901, her successor, Edward VII, returned Karim to India and ordered the confiscation and destruction of all correspondence with Victoria. Karim subsequently lived quietly near Agra, on the estate that Victoria had arranged for him, until his death at the age of 46.