The TARDIS landed last month in North Texas for WhoFestDFW4. Inside the fictional time machine and spacecraft we caught up with Peter Davison, the Fifth Doctor, for a brief chat before the convention began. Davison, who took the keys to the blue box from 1981-1984, took over for Tom Baker at age 29 becoming, at the time, the youngest actor to have played the lead role in Doctor Who. 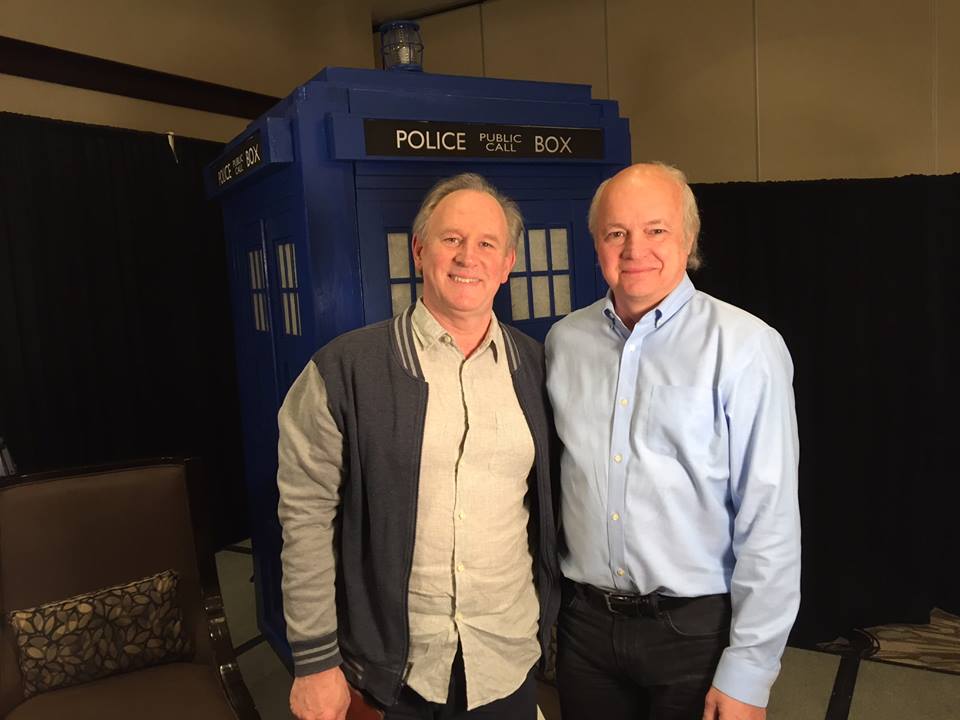 Davison talked candidly about his thoughts of how his life changed the day he learned he would take them helm of the TARDIS, his favorite Doctor, his input on his signature costume and his thoughts on the early days of Doctor Who vs. todays series regeneration.

Following his stint as ‘The Doctor’, Davison went on to star in A Very Peculiar Practice, the BBC comedy/drama from Andrew Davies, from 1986-1988, returned to his original role of Tristan in All Creatures Great and Small from 1988-1990, had the lead role in Campion in 1989-90 and then in 2000, the Sally Wainwright comedy/drama, At Home with the Braithwaits.

These series were followed by a number of guest starring roles in some of British television’s most popular dramas including Midsomer Murders, Miranda, Lewis, New Tricks, Death in Paradise, Jonathan Creek, Mrs. Bradley Mysteries and Unforgiven. In 2010, Davison joined the regular cast of Law and Order UK as Henry Sharpe, the Director of the London Crown Prosecution Service.

Davison went behind the camera in 2013 to write and direct the Five(ish) Doctors Reboot for the 50th anniversary celebration.

Look for the Peter Davison episodes of Doctor Who on a number of public television stations (begins June 24 on KERA TV in North Texas) and look for Peter Davison in the upcoming series 3 of Grantchester which begins Sunday, June 18 on PBS. Davison will guest star in one episode as a cricket-loving solicitor.Huge thanks to the folks over at WhoFestDFW4 for bringing Peter to North Texas and securing his time for this interview with Tellyspotting.