Wednesday night, almost two decades after The Full Monty was first released in cinemas, The Real Full Monty, a 90-minute documentary to both mark the anniversary of the classic movie and raise awareness of men’s cancers aired on ITV. Britain’s Got Talent lead dancer and choreographer, Ashley Banjo, joined forces with Alexander Armstrong (1/2 of the great Armstrong & Miller duo with Ben Miller) to convince eight game celebrities to remove every last scrap of clothing in front of a 2,000 strong audience at the London Palladium in homage to the classic film. In other words, how to expose their famous flesh to maximum effect. In the end, the group had just six days of rehearsals to learn the choreography and gain the confidence to strip. 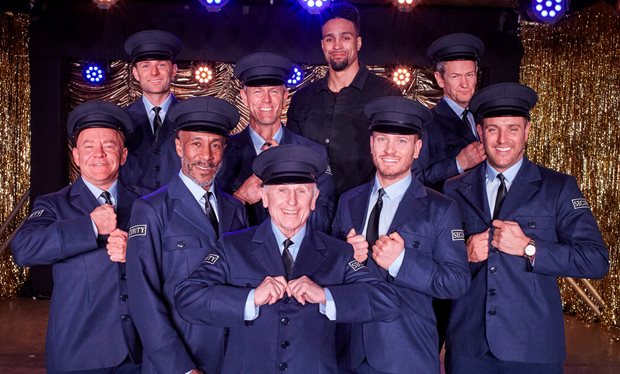 One of the biggest ‘names’ in this courageous group, Danny John-Jules of Red Dwarf and Death in Paradise fame, hopes The Real Full Monty will reduce some of the stigma behind getting checked out. “Street guys might be thinking it’s not cool to go to the doctor, or talk about that. There are so many ignorances. We hope this will put the spotlight on it and answer some of those questions and get rid of some of misunderstandings about getting checked.”

“The difficulty was more getting the guys to do it, coaching them through that personal experience, making it happen really because I’ve never had to take a group from nothing to being ready to perform whilst getting over so many personal hurdles, so that was quite tough. The guys are all such different ages and come from such different backgrounds, I didn’t quite know what to expect,” said Banjo.

It was August 1997 when the story of six unemployed men living in Sheffield, four of them former steel workers, who decide to form a male striptease act (à la Chippendale dancers) in order to gather enough money to get somewhere else and for main character, Gaz, to be able to see his son. The Full Monty, which was filmed on a massively modest, bordering on the ridiculous budget of $3.5 million dollars, grossed over $250 million making it the highest grossing film in the U.K. until is was supplanted by Titanic, which cost just a hair more the $3.5 million to film. 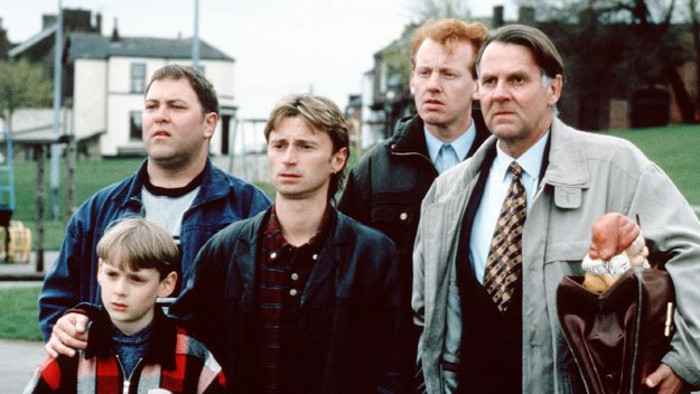 Nominated for Academy Awards for Best Picture, Best Director, Best Original Screenplay and Best Original Music Score, the film won the Oscar for Best Original Music Score, the film featured a number of familiar faces from today that may or may not have been recognizable at the time including Mark Addy (The Thin Blue Line, Trollied, Young Hyacinth, Game of Thrones), Tom Wilkinson (Shakespeare in Love, Rush Hour, Michael Clayton, John Adams) and Robert Carlyle (Trainspotting, Hamish MacBeth, Angela’s Ashes).

Happy 20th to The Full Monty and congratulations to The Real Full Monty which aired on ITV last night.