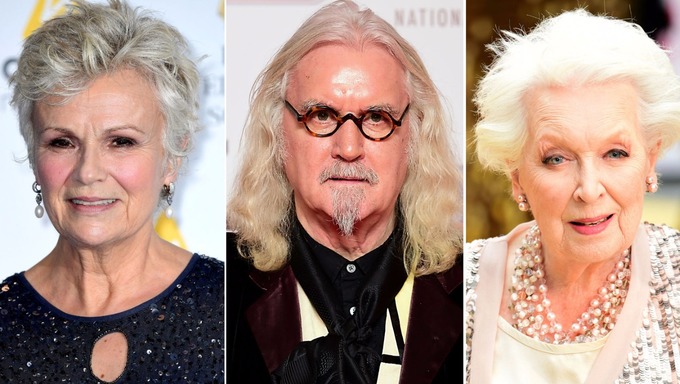 Unfortunately, art doesn’t always imitate life. With June Whitfield being made a Dame at this years Queen’s Birthday Honor list, I might pay good money to see Jennifer Saunders’ Edina Monsoon have to address her sarcastic and thieving mother as Dame in a new episode of Absolutely Fabulous. Marking 100 years of the Order of the British Empire, the 2017 Dame honors went to Whitfield along with actress Julie Walters and soon-to-be 101 year-old Olivia de Havilland for their respective contributions to the world of drama and entertainment.

Stand-up comedian and actor Billy Connolly joins them at the top of the list in being awarded a Knighthood for his contributions to entertainment and charity. At 100, de Havilland becomes the oldest individual to receive the honor.

Walters, who is probably most familiar to PBS audiences for her role opposite Michael Caine in Educating Rita and her recent efforts in the British drama series, Indian Summers, as Cynthia Coffin, the doyenne of the social scene who runs the exclusively white Royal Simla Club in India during the British Raj.

The annual honors list marks the Queen’s official birthday with the 2017 honors the most diverse ever recognizing more than 1,000 individuals for their commitment to public service. The tradition dates back to 1860 when Queen Victoria gave out the first Birthday Honors.