Prime Suspect: Tennison, the long-awaited prequel to the brilliant, early 90s series, Prime Suspect, that starred Dame Helen Mirren as DCI Jane Tennison and based on writer Lynda La Plante’s book, “Tennison”, premieres on PBS on this Sunday as part of the Masterpiece series. Prime Suspect: Tennison, stars Stefanie Martini as a young Jane Tennison and will showcase her early days on the force as she begins her career as a probationary police officer, revealing why she became such a complex and formidable character. 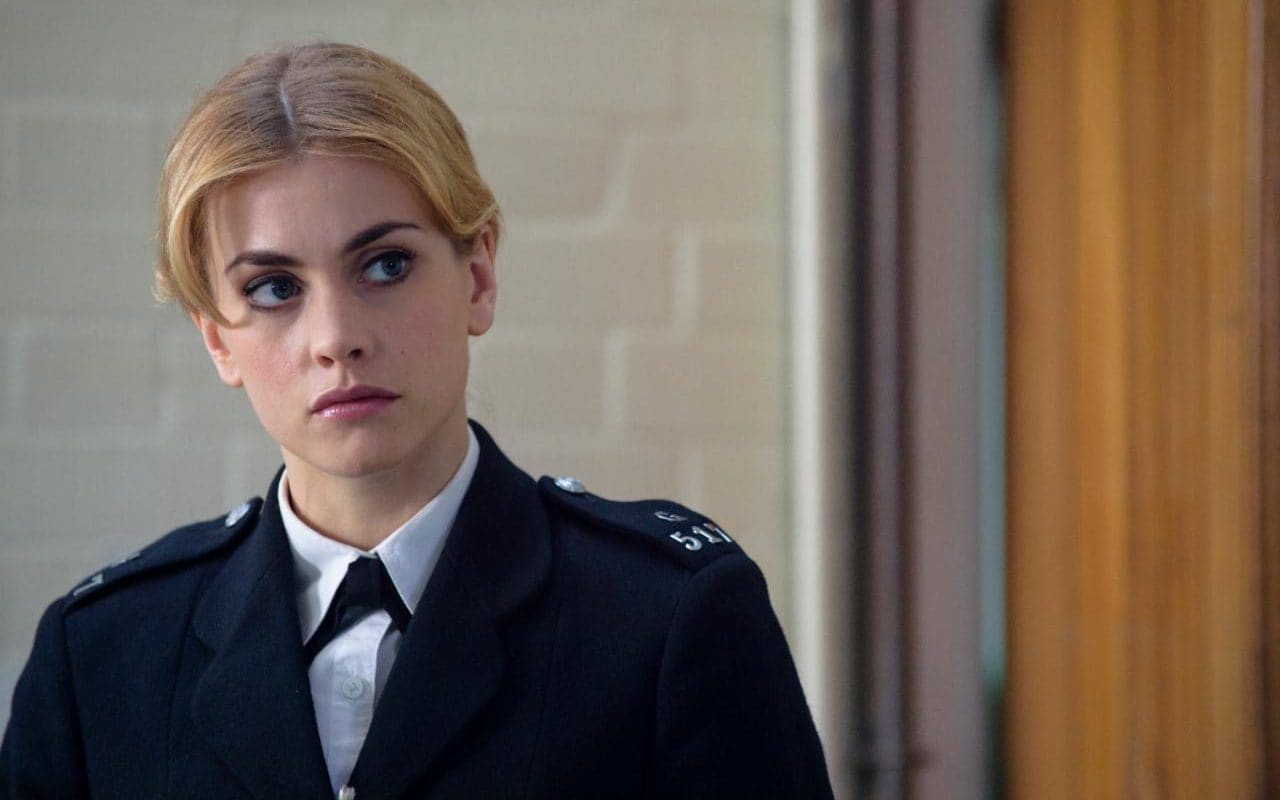 Tennison also stars Sam Reid and Blake Harrison as Jane’s superiors DCI Len Bradfield and DS Spencer Gibbs. As is usually the case in high-profile British police procedurals, there are always a few familiar faces among the supporting cast. Right off the bat on Sunday, viewers might recognize Nancy Carroll (Lady Felicia Montague in Father Brown) as the mother of a young prostitute and Alun Armstrong, longtime ‘old dog’ on NewTricks as career criminal Clifford Bentley, who passes the time planning a little family bank robbery from the inside. In addition, Ruth Sheen (Unforgotten, Inside No.9), Lex Shrapnel (Medici: Masters of Florence) and Jay Taylor (Promise) are cast as Clifford’s crime family members, Renee, John and David Bentley.

In Prime Suspect: Tennison, we see WPC Jane Tennison as the naïve yet determined new recruit on the force as she begins her lifetime of solving crimes. Lacking in experience, but making up for it in enthusiasm, she is keen to get stuck in and prove herself on her first murder inquiry. Unlike her sister Pam, Jane is more interested in her career and solving the case rather than marriage and starting a family, much to her mother’s disapproval. The series is set in Hackney in a 1970s world where high-ranking police officers were notoriously chauvinistic, rules and regulations were often bent and when women police constables were being ‘uneasily integrated’ into the force.

Prime Suspect: Tennison will premiere this Sunday at 10pET/9pCT on PBS Masterpiece.