Officially, July 1, the national day of Canada, is a federal statutory holiday celebrating the anniversary of the date in 1867 and the enactment of the Constitution Act, 1867 (then called the British North America Act, 1867), which united the three separate colonies of Canada, Nova Scotia, and New Brunswick into a single Dominion within the British Empire called Canada.

Frequently referred to as ‘Canada’s birthday’, July 1 signaled the point in time when Canada became a “kingdom in its own right” within the British Empire named the Dominion of Canada. Although still a British dominion, Canada gained an increased level of political control and governance over its own affairs, although the British parliament and Cabinet still maintained political control over certain areas such as foreign affairs, national defence, and constitutional changes. 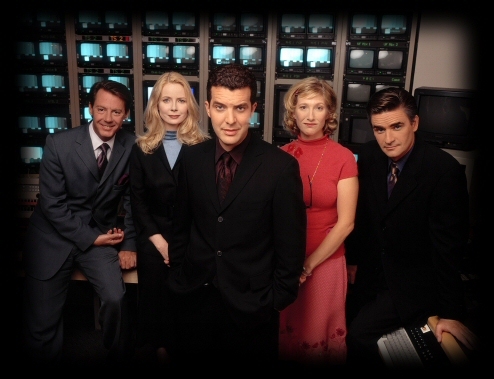 While celebrations continue through the night across Canada, I would be remise if I didn’t take a moment on this day each year to recognize the genius comedy that comes from our North American neighbors. From Red Green to Little Mosque on the Prairie to Royal Canadian Air Farce to American in Canada to The Newsroom to Made in Canada, there is a constant flow of brilliant situation comedy coming from Canada.

This year, my annual binge-watching celebratory tribute to Canada begins and ends with the greatness of Made in Canada. While it may be a little too ‘inside-baseball’ for those not working in the television industry, Made in Canada is a satire of film and television production, revolving around Pyramid Productions, a viper’s nest of creative incompetence, savage greed and hysterical backbiting.

Rick Mercer, who co-created the program, stars as the ambitiously Machiavellian TV producer Richard Strong who tries to backstab his way to the CEO’s chair. Peter Keleghan brilliantly plays Alan Roy, the charismatic but intellectually questionable womanizing CEO of the company, who continues to have an endless supply of bad production ideas.

Filmed in Halifax, Nova Scotia, the series ran for 5 seasons, totally 65 episodes. From the beginning which opens with The Tragically Hip’s “Blow at High Dough” as the series’ theme song, Made in Canada is worth every second.

Tellyspotting suggest you definitely check it out if you can find it.