The Championships, Wimbledon, begins today. If you look up ‘tradition’ in the dictionary, you’d probably see a picture of Centre Court at the All England Lawn Tennis & Croquet Club in Wimbledon. There is a strict dress code for competitors who must be dressed in suitable tennis attire that is almost entirely white and this applies from the point at which the player enters the court surround. Before you ask, “white” does not include off white or cream. Culinary tradition means one thing. Strawberries and cream with a Pimm’s spritzer in the gallery. 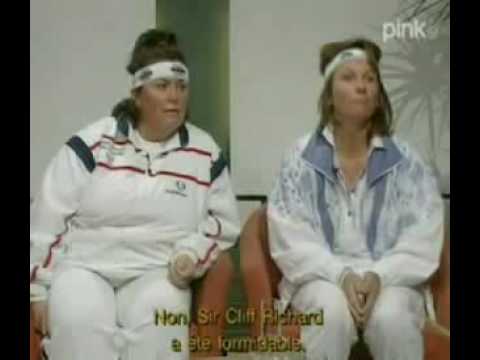 At this time of year, however, one can’t help but think of the great British comedy duo / Wimbledon Ladies Doubles partners of Dawn French and Jennifer Saunders as the oldest tennis tournament in the world, and widely considered the most prestigious, takes over the tennis world for the next two weeks.

Unfortunately, prior to 2013 when Great Britain’s Andy Murray took home the top prize in the Gentleman’s Singles Finals, tradition also meant disappointment for those with any hope that a Brit would come away with the coveted Silver cup or Rosewater Dish. You have to go all the way back to 1936 when Britain’s Fred Perry won the Men’s Singles final while Virginia Wade was the last Briton to win the Ladies Singles final back in 1977. 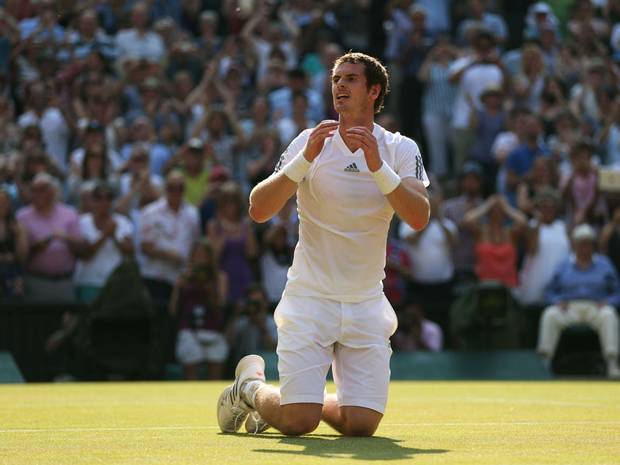 The world’s #1 player and #1 seed, Britain’s Andy Murray, sets out to defend his title today despite a reported hip injury. As of this writing, he is looking pretty good in the first Centre Court match of the day with play suspended, Murray was up 2 sets to none  in his effort to win his third Wimbledon title.

Fresh off of their comedy legend award at Bristol’s Slapstick Comedy Festival, this is vintage French and Saunders, who made a living with spoofs and parodies during their brilliant sketch series. Here, we get a brief glimpse into the world of Wimbledon 1995 where we quickly understand why Britain might have had a rough go of it over the years.