With series 10 of Doctor Who now in the books and series 11, complete with a new Doctor, currently only a vision in new showrunner Chris Chibnall’s eyes at this point, we’re going to need a few things over the next few months to pass the time until the 2017 Christmas episode. Moments after the series 10 cliff-hanger finale, “The Doctor Falls”, this past Saturday, attention shifted to what exiting showrunner Steven Moffat has in store for long-time fans of the series. The 2017 Christmas special will also be the final episode for Doctor #12, Peter Capaldi, where he will appear with Doctor #1, William Hartnell, who is eerily but brilliantly portrayed by David Bradley. 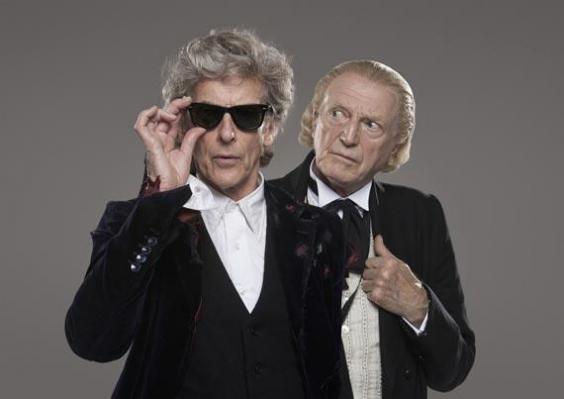 As great as it will be to see Doctor #1 and #12 in the same episode, without a doubt, the best thing out there to keep us going until December has to be Cybermen on a trampoline, right? These special effects were part of the action sequence in “The Doctor Falls”, which saw the out-going Time Lord blowing the Cybermen through the air with the help of his sonic screwdriver. 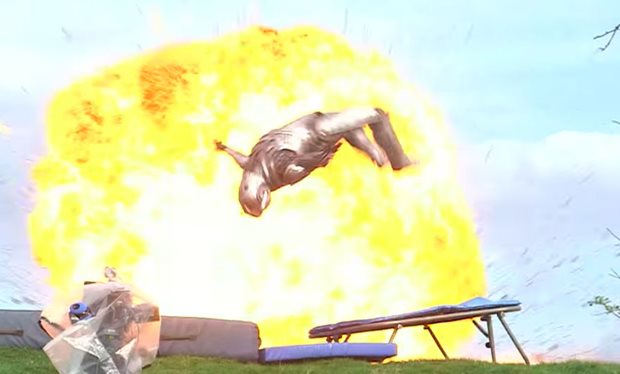 This behind-the-scenes/how-the-Doctor-Who-sausage-is-made clip from Saturday’s series finale, gives viewers a glimpse at what it would look like to see Cyberman vaulting forward on a selection of trampolines with explosions firing off behind. The other great thing to see was the inclusion of the non-CGI explosions, sadly, a rarity these days in production.