With Death in Paradise‘s Kris Marshall the odds on favorite to replace the now-departed Peter Capaldi, we are less than 48 hours away from knowing the identity of the 13th Doctor. The official announcement is set to be made at the conclusion of the BBC1’s coverage of the Wimbledon Men’s Final that is scheduled to wrap at 6.30pm. So, barring delays, Doctor Who-Nation should expect the announcement around that time on Sunday which is 1:30pET/12:30pCT in the States. Let’s just hope we don’t see a repeat of the John Isner–Nicolas Mahut 1st round match at the 2010 Wimbledon Championships which holds the record for the longest tennis match ever, lasting over 11 hours and was spread over three days. 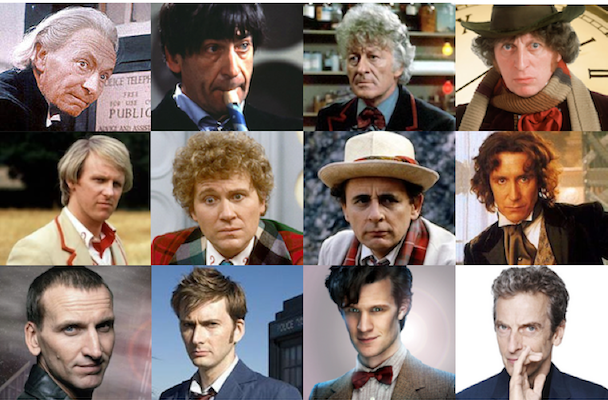 As to who will actually take the keys to the TARDIS, that is still a mystery. Names such as Anthony Head, Sacha Dhawan and Alexander Siddig have just recently been added to the laundry list of actors and actresses linked to be the next traveling Time Lord. Since the beginning, names such as Olivia Colman, Ben Whishaw, The IT Crowd‘s Richard Ayoade, Tilda Swinton, Maxine Peake, Nicola Walker, and even Moriarty himself, Andrew Scott, have steadily been mentioned following Peter Capaldi’s January 30, 2017 announcement that he was vacating the role of the Doctor. Even James Norton of Grantchester fame was listed as a 14-1 favorite.

All told, according to Digital Spy, there have been 147 names circulating the Internets linked to the role. Among the 147 were three names that have already piloted the TARDIS once over the years, David Tennant, Matt Smith and Paul McGann. While a few are still in the running, most have done their best to shoot down the rumors before they can cross the Atlantic. When asked about the possibility of a female Doctor, incoming showrunner, Chris Chibnall, has offered only this cryptic explanation, “Nothing is ruled out but I don’t want the casting to be a gimmick and that’s all I can say.”

The 13th Doctor will make their debut at Christmas in Doctor Who‘s annual festive special, before taking up the reins full-time in 2018. Who is your guess as to who will be the next keeper of the keys to the TARDIS? Me? I’m thinking former Bake-Off host, Sue Perkins would be brilliant! Now, that should get the discussion going….