Moments after Roger Federer defeated Croatia’s Marin Čilić at Wimbledon in three straight sets to win the Wimbledon Mens Finals, and after 54 years, the BBC announced The Doctor is finally a woman.  Despite the Time Lord’s being able to regenerate as women, as demonstrated when Michelle Gomez became The Master/Missy, the traveling Time Lord at the helm of the TARDIS has never been a woman.

That glass ceiling was shattered Sunday with the announcement that Jodie Whittaker would take over for the departing Peter Capaldi following the 2017 Christmas special, which will also mark the final episode for current showrunner, Steven Moffat. Best known for playing Beth Latimer in the ITV drama Broadchurch, Whittaker had been listed for some time as a favorite to take the reigns of the TARDIS along with Kris Marshall of Death in Paradise fame. 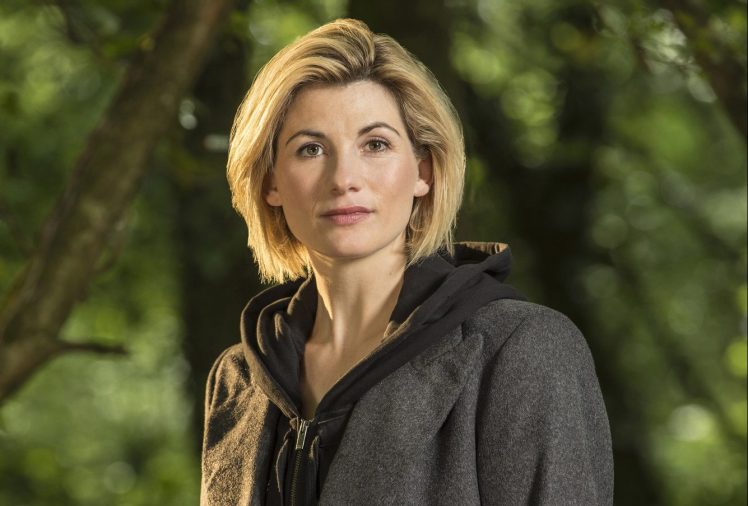 Whittaker said of taking the role: “I’m beyond excited to begin this epic journey – with Chris [Chibnall, showrunner] and with every Whovian on this planet. It’s more than an honor to play the Doctor. It means remembering everyone I used to be, while stepping forward to embrace everything the Doctor stands for: hope. I can’t wait.”

Chibnall, who created and wrote Broadchurch, sounded equally as excited. ““After months of lists, conversations, auditions, recalls, and a lot of secret-keeping, we’re excited to welcome Jodie Whittaker as the 13th Doctor. I always knew I wanted the 13th Doctor to be a woman and we’re thrilled to have secured our number one choice. Her audition for the Doctor simply blew us all away. Jodie is an in-demand, funny, inspiring, super-smart force of nature and will bring loads of wit, strength and warmth to the role. The 13th Doctor is on her way.”