With much of Doctor Who-Nation still reeling (in a brilliant way) from the recent announcement that Broadchurch‘s Jodie Whittaker will be taking the keys to the TARDIS in 2018, the BBC just released an early trailer for the 2017 Christmas Special, “Twice Upon a Time”, the forthcoming Peter Capaldi finale as the Twelfth Doctor, and it’s all that and more with a lot of familiar faces set to return. 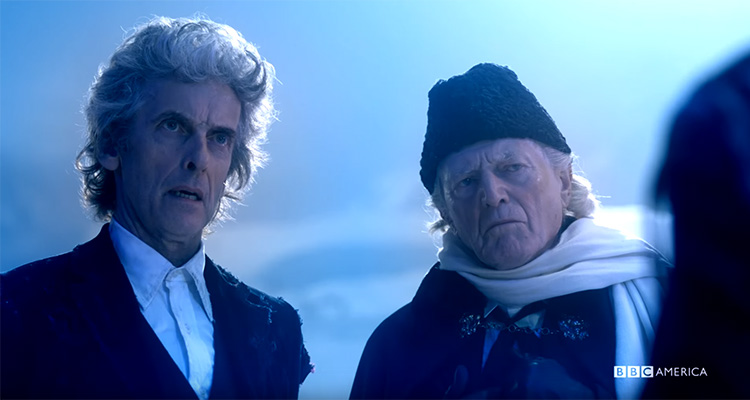 Aside from the crazy brilliant fact that David Bradley will be appearing in the special as the First Doctor, Sherlock co-creator/writer Mark Gatiss will also appear in front of the camera. This will be Gatiss’ 4th different character he has played having previously been seen as Professor Lazarus in series three, a World War II pilot in series five and six, and a being called Gantok in the 2015 Christmas special. According to reports, Gatiss’ character will be a World War I solider known only as ‘The Captain’. 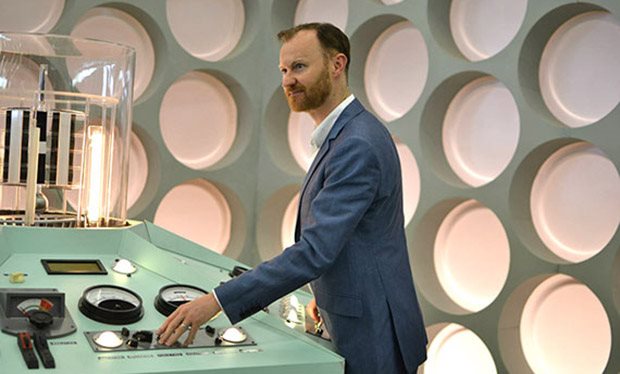 In addition to seeing Capaldi’s Doctor regenerate into Jodie Whittaker’s Doctor, it was announced at Sunday’s Doctor Who panel at the San Diego Comic-Con that Bill, the Doctor’s companion played by Pearl Mackie, will return for the holiday special. The interesting thing will be to see just how Bill will find her way back to the TARDIS given that in the most recent series finale, Bill was turned into an old-school Cyberman but was rescued from her fate by watery alien girlfriend Heather, and the two went travelling all of time and space together.

Doctor Who “Twice Upon a Time” will air Christmas Day on BBC1 and BBC America.