I’m afraid loyal Tellyspotting readers are going to have to indulge me a bit this morning as there is no joy in Mudville (or Notting Hill for that matter) following the news that Gerry O’Brien, the Irish landlord/pioneering pint puller that has been running the area’s world-famous, flower-adorned Churchill Arms pub for the past 32 years is hanging up his landlord hat. After more than three decades where he guesses he’s pulled in the neighborhood of 2 million pints of London’s Pride, O’Brien is heading back to Ireland for retirement.

For me, the Churchill Arms is part of a very short list (of 2) of appointment destinations every year. FYI, Kevin Moran’s Nags Head pub in Belgravia, which is hidden down a quiet little mews off Knightsbridge, is the other. 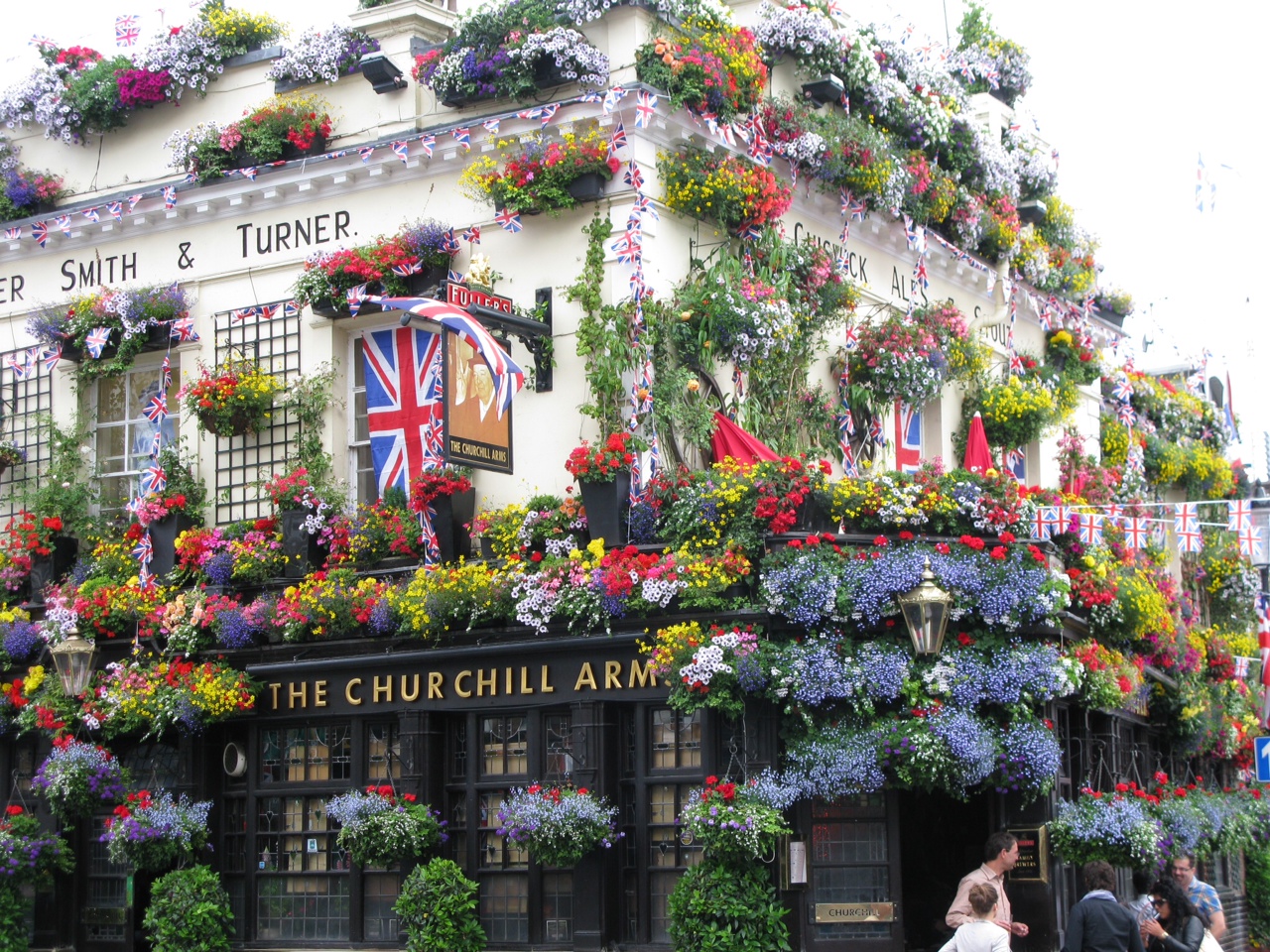 Built in 1750, the Churchill Arms is a classic London pub inside and out. The flower bouquets that decorate the exterior of the Kensington Church Street pub are so famous that it has been honored at Chelsea Flower Show several times over the years.  O’Brien has made sure the inside of the pub on Kensington Church Street is equally as inviting with a wealth of wartime memorabilia and miscellaneous one-of-a-kind objects hanging from the rafters.

The colorful exterior, which is comprised of 100 flower tubs, 42 baskets and 48 window boxes, also celebrates the holiday season with some 21,000 lights and 90 Christmas trees. While both the interior and exterior are not to be missed, the hidden gem is in the back of the pub, where you will find yourself face-to-face with, perhaps, the best Thai food outside of Thailand. 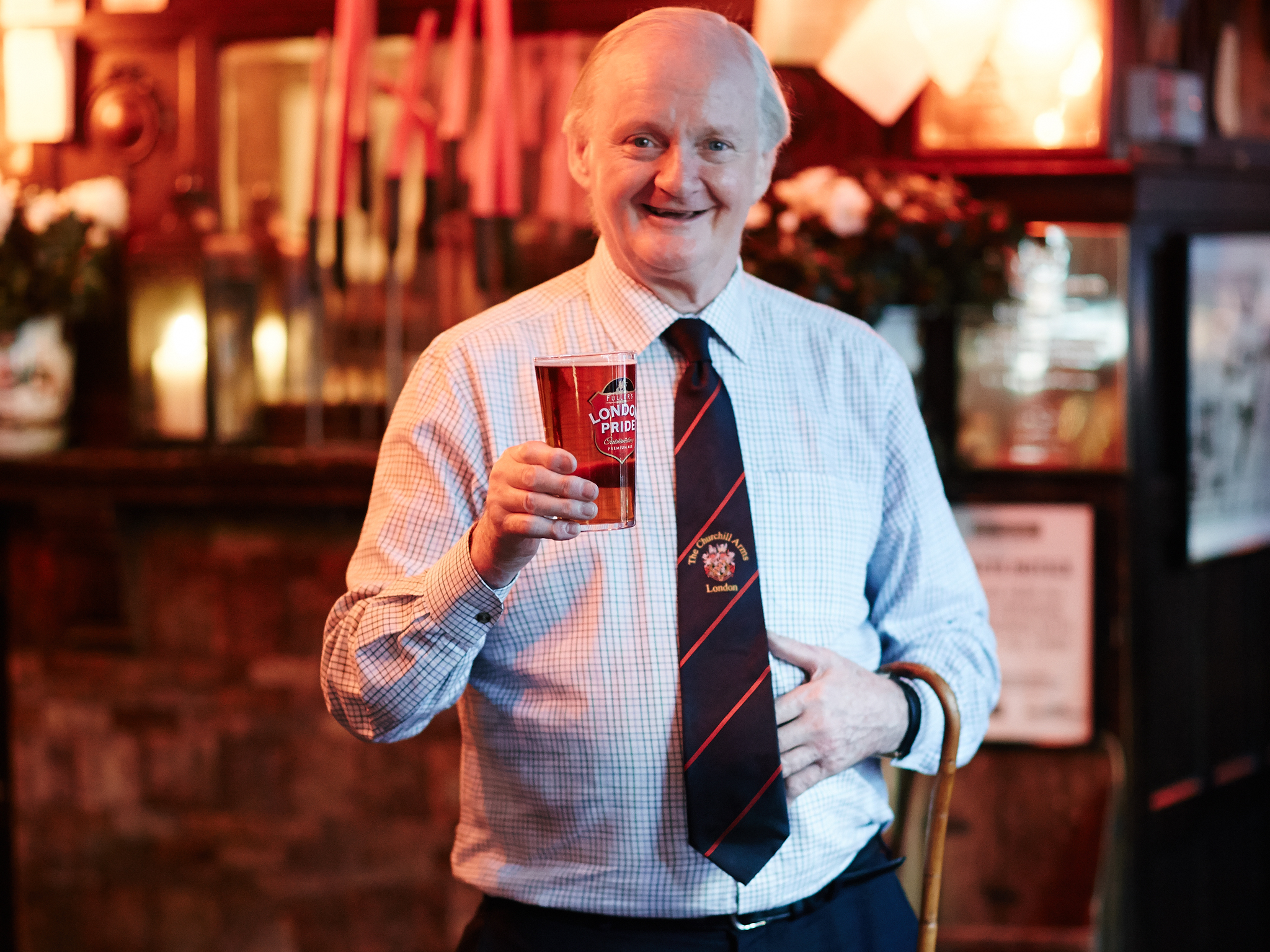 Not to worry, there’s still time to head over and wish Gerry a happy retirement before he hands over his pint pulling duties to his long-time general manager James Keogh, who has worked at the pub for a quarter of a century, on Friday, 4 August. Sadly, while I won’t make it there for the sendoff planned for Thursday, 3 August, it will be my first stop in September…