According to the BBC, Mary Berry, the former Great British Bake Off host will be “returning to her first love” as the lead judge in new food competition series Britain’s Best Cook, set to premiere in 2018 on BBC1. Replacing the dearly departed GBBO, which picked up its tent and moved to the ovens of Channel 4, Britain’s Best Cook aims to “test the real-life expertise of truly great home cooks” and “will celebrate the food people make for their loved ones every single day”. 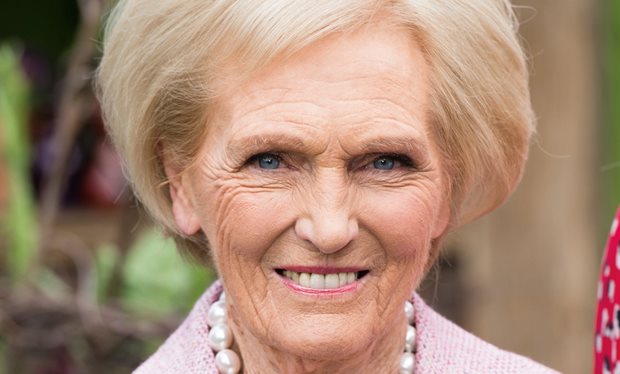 Over the course of the eight episodes that will comprise series one, ten contestants will be called upon to demonstrate both skill and individual flair under pressure as they’re asked to serve the “most perfect version of dishes that define modern British home cooking”, as well as create their special take on well-loved classics.

The judges will be on the hunt for dishes that “define a new benchmark of excellence”, whether it’s perfect pork crackling, an ingenious twist on the chicken pie or the ideal chocolate pudding. Each challenge will reveal new tips and techniques as the competing cooks battle to prove they have the technical ability, resourcefulness and creativity to get through to the final and be crowned Britain’s Best Cook.

Understandably, the BBC is over the moon at the thought of Berry leading the charge on the new series. “With more than 75 cookery books to her name, Mary Berry’s authority in the home kitchen is beyond question and she is the natural choice for the lead judge,” said a BBC spokesperson.

Since The Great British Bake-Off turned off its ovens, UK viewers have not had a chance to lose sight of the brilliant Ms. Berry. Recently, Mary Berry Everyday aired which showed off the recipes that have shaped her cooking over six decades and she has also signed up to make Mary Berry’s Secrets from Britain’s Great Houses for BBC1. Britain’s Best Cook will give the longtime British cookery writer and television presenter an opportunity to return to the world of food judging.

Berry said: “I am never more at home than when I have my judging hat on. This series is going to encourage proper home cooking which I have always championed and I cannot wait to start.”