The King’s Head Theatre Pub in north London has announced plans to move to a £5.6 million purpose-built space. Founded in 1970 and widely recognized to be the first pub theatre since Shakespearean times, the King’s Head has submitted plans to build a 250-seat auditorium and an 85-seat studio on Upper Street, Islington. Fear not if you are a fan of the current King’s Head location, the new venue, which will be part of a £400 million development, will be directly next door to it’s current location. 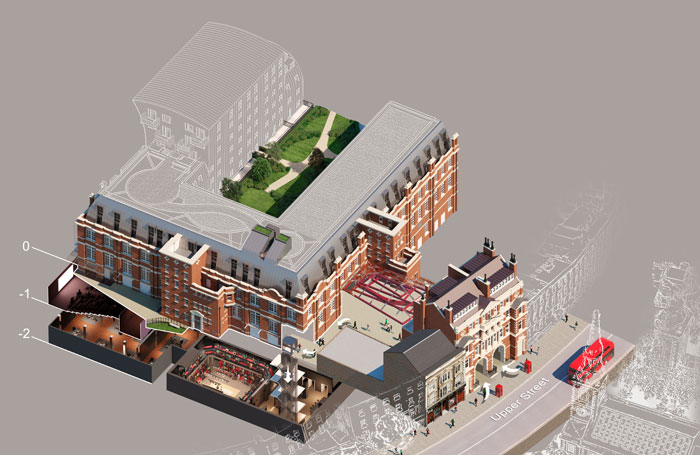 While the King’s Head may not be a household name outside of Islington, you might be familiar of some of its most famous individuals who have performed there which tends to read like a Who’s Who in British Acting. Actors including Maureen Lipman, Hugh Grant, Jennifer Saunders, Dawn French and Richard E Grant have all performed at the venue, and, according to the theatre, playwrights Tom Stoppard and Steven Berkoff and actor Alan Rickman began their careers there. If that isn’t enough to get your attention, others you may know including AbFab‘s Joanna Lumley and Sherlock‘s Mark Gatiss have praised the move.

Lumley, who performed at the King’s Head early in her career, said: “It’s thrilling that the King’s Head Theatre now has a chance to spread its colossal wings and fly into the front line of innovative work in the theatrical capital of the world. It has always punched far above its weight and with these dazzling planned facilities it can even offer comfort, hitherto pretty much undreamed of, and reliability – once, rain fell so steadily on the audiences’ heads that they made umbrellas of their programmes. It is a bright star with a brighter future, and no place deserves it more.”

Gatiss added: “I’m delighted that the King’s Head Theatre is planning to move into such an exciting new venue and has an equally exciting future. In uncertain times, it’s great to see one of the stalwarts of London’s fringe going onwards and upwards, and a bit to the left.”

The theatre, which is located in the back of the current Victorian pub, was originally a room that had been used as a boxing ring and a pool hall.