The Durrells are unpacking their bags and will stay in Corfu for a second series beginning Sunday, October 15 on PBS. The series, which premiered last Fall as part of PBS’ Masterpiece series, follows the exploits of the Durrell family during their four-year stay in Corfu in the 1930s. 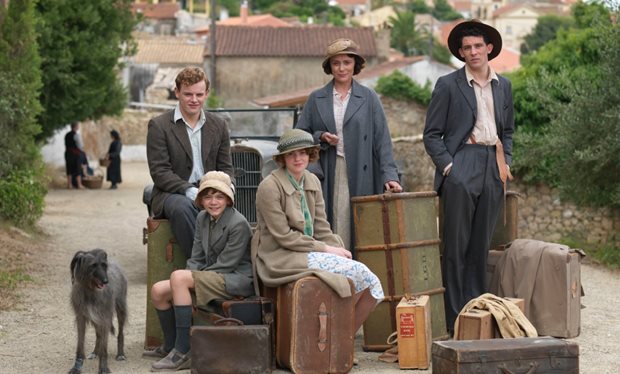 Based on environmentalist/author Gerald Durrell’s classic trilogy of Corfu memoirs, including the much loved story ‘My Family and Other Animals’, filming of the second series of The Durrells in Corfu began on the Greek island of Corfu was completed last year. It’s a tough job but someone had to do it, I guess.

According to ITV press reports, in the new series Larry (Josh O’Connor) continues to pursue his passion for writing despite a new romance getting in the way; Leslie (Callum Woodhouse) decides to explore his entrepreneurial spirit; Margo (Daisy Waterstone) remains boy crazy and makes a play for someone thoroughly unsuitable; and Gerry (Milo Parker) who prefers animals to people is delighted when he discovers an otter is living close to home.

Daniel Lapaine will join the cast as Hugh Jarvis, an English gentleman who sets his sight on Louisa. But after her failed attempt at marrying Sven, will Louisa be ready for a new man in her life? 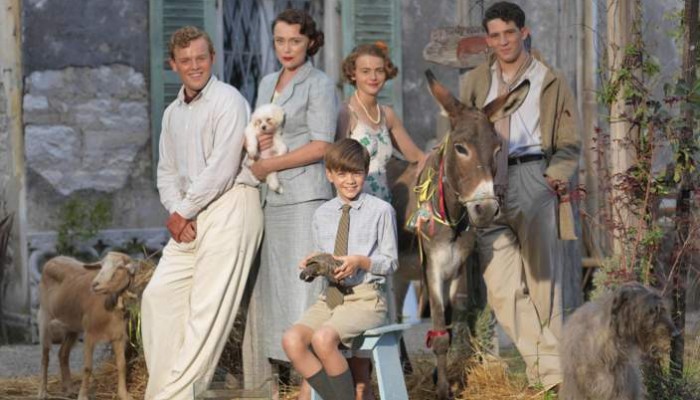 Money is still tight for the Durrells and Louisa finds herself on the wrong side of their new landlady Vasilia (Errika Bigio) when she gets behind on paying the rent – it almost feels like Vasilia, who is complexly inflexible, has a personal grudge towards Louisa, but why would that be? Louisa urges the family to brainstorm ideas to make some extra cash. They decide to grow food at home to sell at market. Theo (Yorgos Karamihos) tries to teach Leslie bee-keeping so he can make honey, Margo plants seeds and Gerry milks goats. Spiros (Alexis Georgoulis) is also on hand to offer support, but can they make a success of their new business venture?

As a reminder to those that haven’t had the good fortune to see The Durrells in Corfu as of yet, this was one of the highlight series screened during our time at last years BBC Showcase in Liverpool. Starring Keeley Hawes (Spooks, Ashes to Ashes, Upstairs Downstairs, Line of Duty) and written by Men Behaving Badly creator, Simon Nye, the story focuses upon Louisa Durrell (Hawes) whose life is in meltdown. Widowed years ago and running out of money, Louise has four unruly ‘children’ to look after: Larry, Leslie, Margo and Gerry, all going off the rails in their own special way.

Meet the Durrells prior to October 15…