As series 3 of Poldark came to a close on Sunday night on the BBC, American audiences can safely tune in for the PBS return of Capt. Ross, Demelza, Elizabeth and George on Sunday, October 1 armed with the knowledge that series 4 will begin filming in next month in Cornwall. 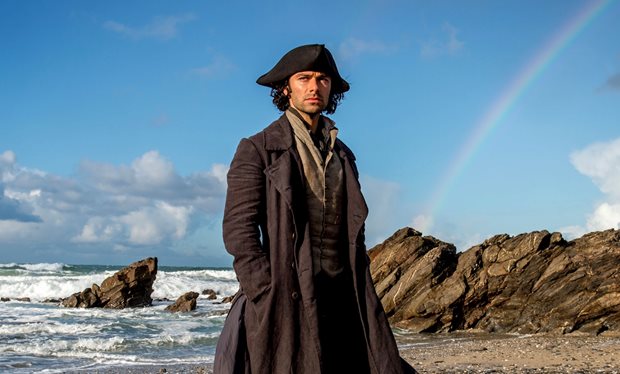 With an audience of over 5 million per episode in the U.K., both the BBC and producers are quite a bit happier with their Summer broadcast strategy for series 3 than they were following the Fall 2016 broadcast of series 2 which took a royal beating at the hands of ITV’s Victoria, starring Jenna Coleman, which premiered in the coveted Downton Abbey time period last year.

When will we see S4 of Poldark?

Scriptwriter Debbie Horsfield unofficially confirmed a possible repeat strategy for Summer 2018 saying, “The thing about the English weather is it’s so terrible and it’s still raining outside anyway so people stay in to watch TV. Everyone’s pleased with the viewing figures and so many people are watching. We start filming in September so we have the freedom to air it in the summer but we have no idea yet.” A BBC source, sounding a bit more official, added: “We fully expect series four to air in early summer again.”

What’s in store for series 4…and series 5? 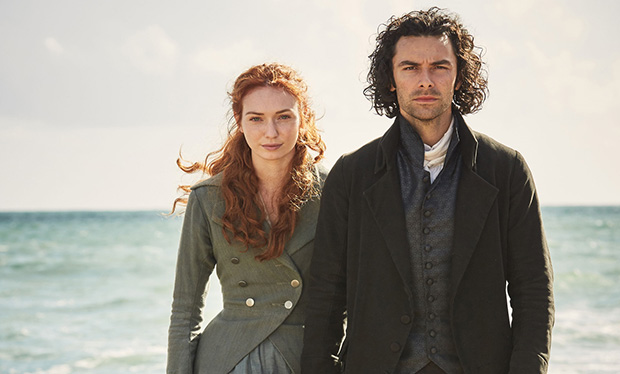 Horsfield told Radio Times that series 4 will draw on the final third of Winston Graham’s sixth Poldark book “The Four Swans” and all of book seven, “The Angry Tide”. The action of series four will run until the Christmas period of 1799. The next book, “The Stranger from the Sea”, which is the eighth in the series of 12, starts in 1810, a leap of more than ten years and will be the start of series five.

Series four will also find Aidan Tuner’s Ross Poldark in Westminster. According to Horsfield, “He does take George’s seat. He beats George. At the end of this series we see him coming to the realisation that next time a seat is offered he has to take it. He’s not desperate to head off to Westminster but a catastrophic happening in episode one of series four makes him realise that in order to have the power to effect any change he needs to get out of his comfort zone.”