Just as Jenna Coleman’s Queen Victoria begins her struggles with motherhood, monarchy and marriage in the forthcoming series 2 of Victoria, all is not well in the royal household of series 2 of The Crown as Claire Foy’s Queen Elizabeth is having her own marriage issues. As her empire begins to crumble around her, she must do what is required to ensure the British monarchy survives. 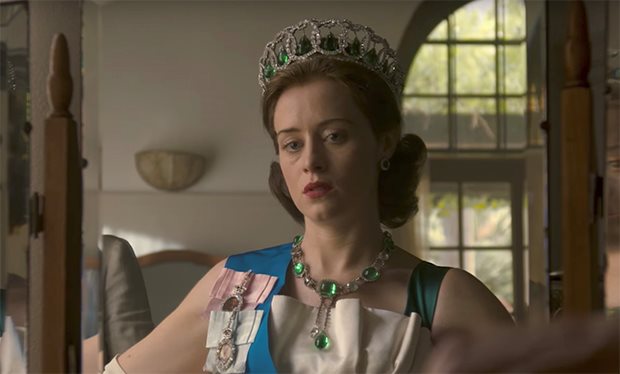 Claire Foy (Queen Elizabeth) and Matt Smith (Prince Philip), fresh off a very terse exchange at the end of series one, will return for series 2 of the Netflix original in December. In a recent interview with Vanity Fair, Foy revealed that series 2 will essentially pick up where series 1 left off, span between 7-8 years and take viewers up to 1964 and the fallout of the Kennedy assassination.

Showrunner Peter Morgan confirmed that the focus will shift slightly away from the Queen this time round, as other royals take centre stage. This series will hone in on Prince Philip, delving into his past and his relationship with his son in addition to the false claims that were made during this period that Philip had relationships with actress Pat Kirkwood and TV personality Katie Boyle.

“We start to focus on Charles as a young boy and his education, and on Philip and his back story,” Morgan told People magazine.

The Crown S2 will be available to stream on Netflix beginning December 2017. Look for Victoria S2 this Autumn on ITV and beginning January 2018 on PBS.