When we last left the great Lord M, his ever-so-coy romance with the young Queen Victoria was resolved when she married Prince Albert, played by Tom Hughes, and Victoria (Jenna Coleman) had given birth to her first daughter. Given that Lord Melbourne is no longer Prime Minister by the start of series 2, it would be both sad and entirely understandable that most fans would be thinking that they had seen the last of him. Well, according to series creator Daisy Goodwin and producer Damien Timmer, we have not seen the last of Lord M! 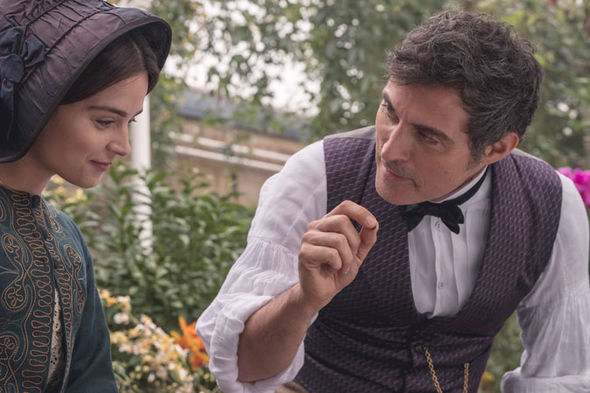 It was Timmer that gave Rufus Sewell’s return a bit of context by revealing that fans can expect a few “twists and turns” in Melbourne’s return, with Victoria calling on him in a moment of crisis despite Albert’s objections and the political dangers. “Victoria calls upon him,” Jenna Coleman told the press present at the screening of the first episode. “I think she finds herself in a place where she needs a father figure, something familiar, something that she sees as safe. She’s feeling slightly lost, I think, and navigates towards him for council,” she added.

Even though Rufus Sewell’s character was written out of the first series after five episodes due to that pesky technicality called ‘historical fact’ as the real Melbourne and Victoria grew apart over time, Goodwin told assembled guests that Melbourne would reappear in the second episode of the new run and, possibly, recurring for more than one episode.

Sadly, for American fans of the series, UK viewers will get a chance to see the sparks (and objects) fly in the series 2 premiere beginning this Sunday at 9pm on ITV. Unfortunately, PBS viewers will have to wait until January 14, 2018 but it will definitely be worth the wait now that we know Lord M is back! Can’t wait to see what Albert thinks about all of this….