With series 2 of Victoria premiering tonight on ITV in the UK, American fans of the series, unfortunately, will be in limbo for just over 5 months before we can turn the calendar page to January 14, 2018. Many of us will have to satisfy our collective Victoria separation anxiety with short video bits here and there when they are released to the masses. 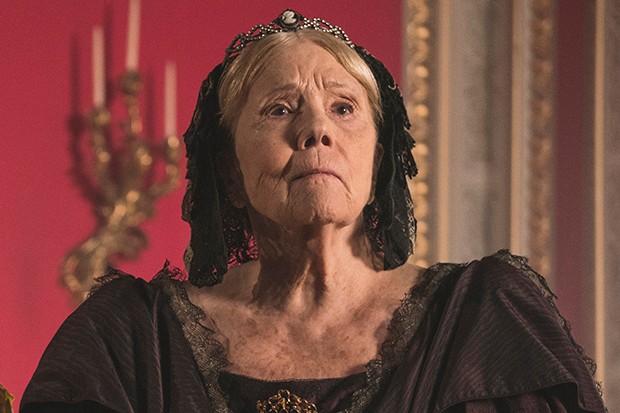 With the earlier news that Dame Diana Rigg has been added to the cast for series 2 and the more recent news that Lord M, himself, will return, there’s a great deal of electricity already in the air, whether the Dowager Countess likes it or not, with the anticipation building daily for the series return to both ITV and PBS.

Those who are eagerly awaiting the arrival of Dame Diana Rigg will have to wait until episode 2 next week but, as you can see from the clip below, the wait will be worth it. Accompanied by her terrified looking niece, Wilhelmina Coke, the new ‘Mistress of the Robes’ is introduced to Queen Victoria and her husband Prince Albert. In one priceless scene-stealing moment, she waltzes into the room and greets them with a rather flamboyant curtsy.