Diverting our attention a bit from Victoria, we have some exciting Poldark news to share. While series 3 is in the books already in the UK, American audiences are standing on the doorstep of the return of the popular British period drama which begins Sunday, October 1 on PBS….and that’s not even the exciting part! As we get ourselves set for the S3 premiere, series 4 is already in production in Cornwall, Bristol and surrounding areas…and, that’s still not the exciting part!

Louis Davison, the son of Fifth Doctor Peter Davison and brother-in-law of Tenth Doctor David Tennant, has joined the cast of the BBC1/PBS drama for series four. The younger Davison will play Geoffrey Charles, George Warleggan’s stepson. Finally, the exciting news! For those keeping score at home, Geoffrey was played by 13 year-old Harry Marcus in series 3. 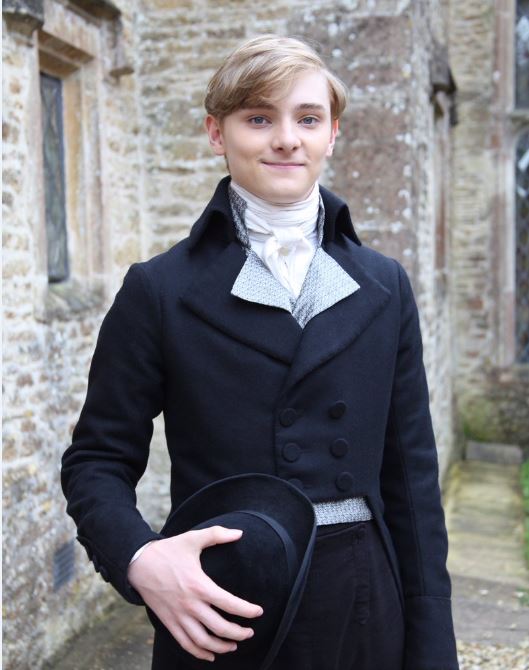 Alongside Aidan Turner, Eleanor Tomlinson and Heida Reid, returning for series 4 will be Harry Richardson and Tom York as Drake and Sam Carne, Beatie Edney as Prudie and Josh Whitehouse as Lieutenant Hugh Armitage. Added to the cast for series 4, in addition to the young Mr. Davison, will be Rebecca Front (Inspector Lewis, The Thick of It, Death Comes to Pemberley, The Wrong Mans) as Lady Whitworth, Ossie’s formidable mother.

Not wanting to give too much away since American audiences have yet to see an episode of series 3, the fourth series is set in 1796, where we will see Poldark trying to defend Cornwall from an empowered George Warleggan (Jack Farthing), and risking everything as he embarks on a political journey which takes him to the capital.