Thankfully, the news surfaced publicly earlier this week that the greatness of Dawn French and Jennifer Saunders will reunite in the near future for new television special. Details about the project are currently being kept under wraps and are ‘still in development’. What is known, however, is that the special will be filmed later this year at the newly reopened Television Centre studios in London. 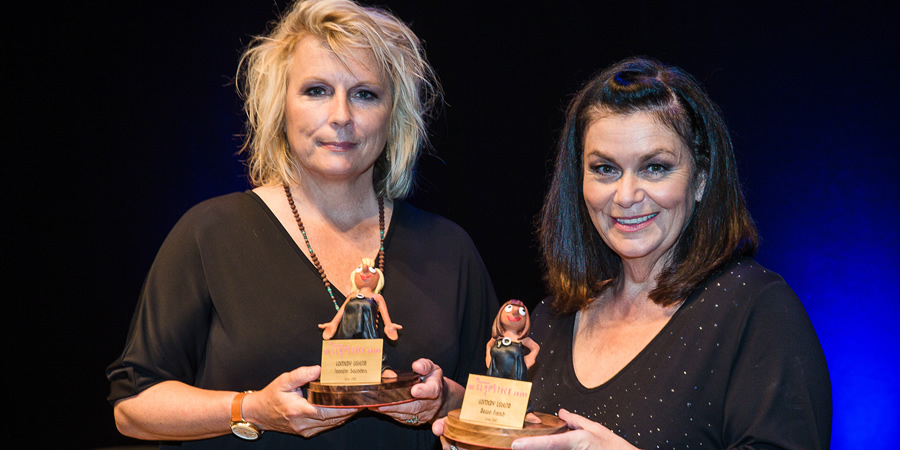 I say thankfully because when we were filming material with Kerry Howard last week for an upcoming PBS program, Young Hyacinth, which will include the BBC produced 30-minute special from 2016, we found ourselves at Television Centre in the middle of the BBC comedy department where all the magic happens. As we were filming, an individual from the comedy department asked what we were doing and after I told them, I asked what they were working on. The response was “…we’re working on a new French & Saunders special but you can’t tell anyone yet“. Do you know hard it was to be put on ‘double secret probation’ and not tell anyone this brilliant news for almost a week?

The French & Saunders sketch show began on the BBC in 1987 and ran on-and-off until 2007, with the last series titled “A Bucket O’ French And Saunders”. The new special is likely to mark the program’s 30th anniversary. The comedy duo last appeared on stage together in June to pick up an Aardman Slapstick Comedy Legend Award while their most recent comedy performance together was earlier this year back in March when they spoofed Carpool Karaoke as part of the BBC’s Comic Relief live TV broadcast.

Whew! Now that the cat’s out of the BBC bag, I can rest easily knowing that I said nothing since last Friday!