With feuds, a marriage, intimations of mortality and the arrival of some fresh new characters, Poldark will hit the ground running when series 3 premieres on PBS beginning Sunday, October 1. UK audiences got a jump on the Warleggan feud when the series returned this past Summer on BBC1. 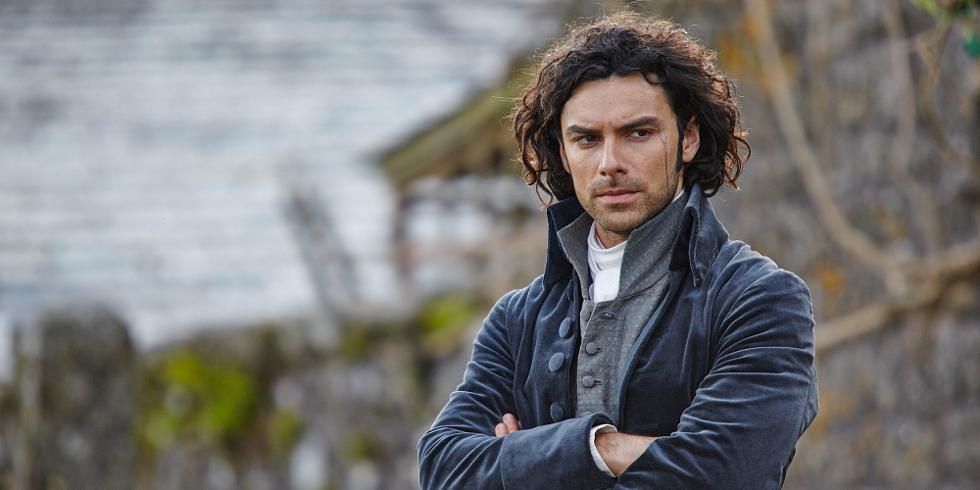 There’s a bad moon rising over the Cornish coastline at the beginning of series 3 but given it’s been almost a year since series 2 aired in the States, the cast got together recently to give you 16 hours of your life back and save you from a weekend of binge watching with a 90-second look back at ‘…where we left off’.

During the opening scenes of series 3 a pregnant Elizabeth (Heida Reid) is seen galloping uncontrollably near the clifftops before the ever-gallant Capt. Ross Poldark (Aidan Turner) spots her and rushes to her aid.

Remember that, as series two concluded, Elizabeth had fallen pregnant after her night with Ross. Now, Elizabeth finds herself firmly entrenched in the Warleggan camp having married Ross’ arch enemy George which escalated the Poldark/Warleggan feud to levels we have yet to see.

Ross and Demelza seem to be a little more settled in their marriage as they ‘work at a team’. How long that will last is anyone’s guess as the charm of Demelza is not lost on the other menfolk with signs pointing to a new admirer in the form of Josh Whithouse, played by Toby Armitage.

Poldark S3 with a PBS premiere date of Sunday, October 1.