Someone recently told me that if you are trying to remember how it has been since something occurred, come up with a time frame and then add five years and you’ll probably be close to being correct. In the case of The Hitchhiker’s Guide to the Galaxy, however, I’m going to have to add a lot more than 5 years as the brilliant Douglas Adams’ sci-fi radio comedy began on BBC Radio4 in 1978 which means in the not-too-distant future, the radio series will be celebrating its 40th anniversary! 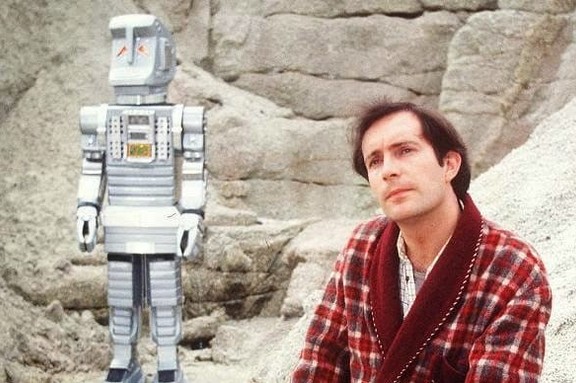 After a 12-year hiatus, the original cast of The Hitchhiker’s Guide To The Galaxy will reunite for a 40th anniversary 6-part series under the title “Hexagonal Phase” which will be broadcast in Spring 2018 on BBC Radio4. Adapted from Eoin Colfer’s spin-off novel “And Another Thing…” which was commissioned by the Douglas Adams estate in 2009 to mark the 30th anniversary of the first novel. It will also include previously unpublished material by the late Adams, sourced from notebooks and writings preserved in the library at St. John’s College in Cambridge.

Simon Jones will, once again, reprise his lead role as the quintessentially English Arthur Dent, as he continues to travel through space and time following the destruction of Earth. Alongside Simon will be Geoff McGivern as Ford Prefect, Mark Wing-Davey as Zaphod Beeblebrox and Sandra Dickinson as Trillian, as well as special guest stars including Jane Horrocks as Fenchurch. Former flatmate John Lloyd will step into the voice of The Book.

On the remote chance there is anyone out there that finds themselves unfamiliar with Hitchhiker’s Guide to the Galaxy, this should have you ready to download the Radio4 app and get ready for Spring 2018.

Look for The Hitchhiker’s Guide to the Galaxy in Spring 2018 on BBC Radio 4!