After ten years and 23 episodes, the eighth and final series of BBC1’s period police drama, Inspector George Gently, is coming to an end on Monday, 30 October. Unfortunately, for me, this will be like a good friend moving away as, much like its period police drama cousin, Endeavour, I love the 60’s and the attention to detail is spot-on on both series. Delayed from its original May 2017 scheduled broadcast perhaps due to its close proximity to the 2017 general election on 8th June in the UK,  Martin Shaw returns as DCI George Gently alongside Lee Ingleby as his sidekick Inspector Bacchus and Lisa McGrillis playing Detective Sergeant Rachel Coles. 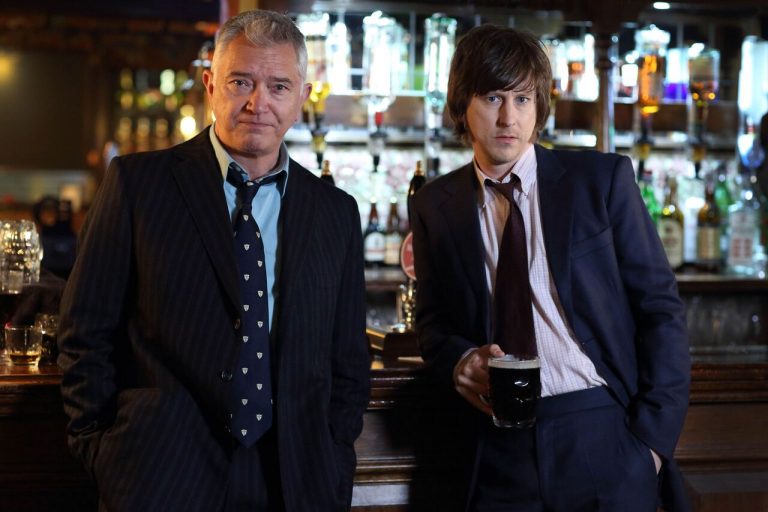 According to RadioTimes.com, the final episode is set in the 1970s and involves a charismatic, possibly promiscuous (or worse) ficitional Labour MP and former Cabinet Minister in the Harold Wilson government, and contains numerous scenes where all the talk is about politicians and elections.

“Gently and the New Age” begins with Gently giving evidence at The Old Bailey against corrupt police officers in the Met – his old enemies. It should be one of the final acts of his career, but he is asked to take on one last job by Lister, the head of a new Special Investigations Squad, which examines evidence against ‘bent’ coppers. The film will also see Gently facing up to the emotional impact caused by the death of his beloved wife Isabella, murdered by a notorious gangster just before the start of the series.

George Gently and The New Age will air on BBC1 on Monday 30th October at 9pm with a U.S. public television airing in 2018.