When you’re the BBC, you faced with having to make endless monumental decisions on an hourly basis. This is no more painfully evident than in what could be the final episode ever of W1A as it seems there’s only one BBC bike and Amanda Holden is not going to be riding it.

David Tennant, once again, brilliantly narrates how the BBC should address their newest crisis as the Values team tries to figure out how to break the news to the Britain’s Got Talent judge. Thankfully, PR guru Siobhan Sharpe, played by Jessica Hynes, is on the case and has the ‘perfect solution’ as news surfaces that their BBC Bike series will not, in fact, be led by Holden. 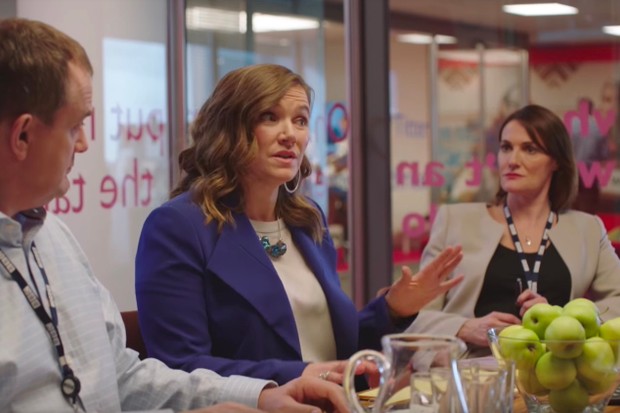 “It’s not brain science,” Sharpe announces before suggesting that they offer Holden a ludicrously low fee – even lower than what the BBC already had in mind – so that the BGT judge will pull out of the project without being pushed.

Acknowledging our worst fears that this will, most likely, be the last we see of Ian Fletcher as the Head of Values at the BBC, series creator/writer John Morton has said that he’s written series three “to its conclusion” because “this is probably going to be the final one”. Morton revealed that the pressure on delivering was enormous adding that: “..it took a year to write, and ask any writer, that’s unbelievably slow.”