Since 2010, Halloween has been about two bits of small screen greatness that should be considered ‘must see TV’. The annual Simpsons Halloween Special and the 2010 ‘newcomer’ on the block which came from the brilliant mind palaces of Reece Shearsmith (League of Gentlemen, The Widower, Chasing Shadows) and Steve Pemberton (League of Gentlemen, Whitechapel, Happy Valley, Mapp and Lucia), the Psychoville Halloween Special.

While the Simpsons continues to remain a staple of Halloween viewing for what is now going on 25 years, unfortunately, there is no joy in Psychoville as after only two short seasons, the Psychovile series was cut down in its prime by the BBC and, as a result, there will again be no Halloween special again this year except in reruns. 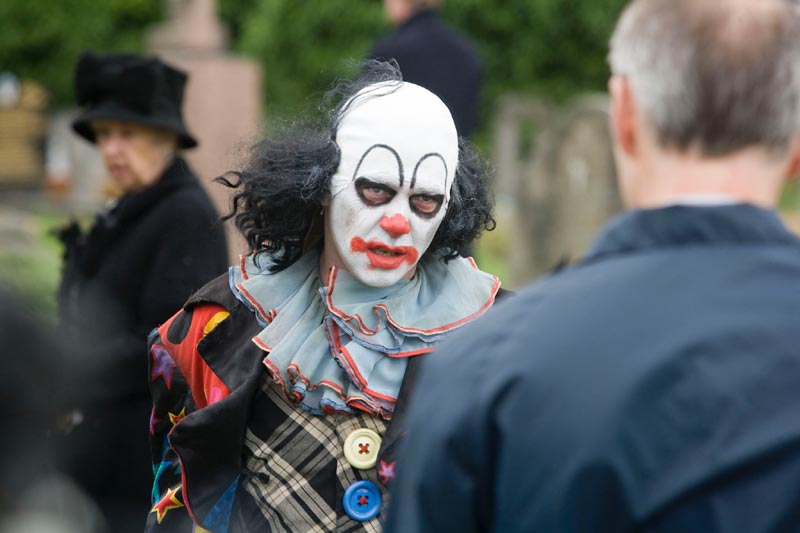 As was the case in the two short-lived series, Mr Jelly is tormented by the success of his rival Mr Jolly, who, to add insult to injury, was the cause of Mr Jelly’s hook hand. Jelly survived the explosion at Ravenhill, Jolly did not, but even from the grave, Jolly has still got a few tricks up his sleeve. As you can see from the clip below, Mr Jelly is not a big fan of the All Hallows Eve tradition of trick or treat.

For the Halloween special, it’s a return to Ravenhill Psychiactric Hospital for Drew where he remembers his first encounter with Edwina Kenchington, Ravenhill’s Nurse Rachett, the true meaning of ‘consequences’ and four scary stories from the Ravenhill patient files. ‘Phil’, not his real name, is a television location manager for Dale Winton’s Overnight Ghost Hunt investigating the abandoned ruins of the hospital for a possible location shoot. Does the ghost of Edwina Kenchington still walk the empty corridors? What other horrors lie within the crumbling walls and will health and safety allow any filming there in the first place?

The Psychoville Halloween Special was a genius Blair Witch Project-type back story bridge between series 1 and series 2 bringing together a serial-killer obsessed man-child, his all-too caring mother, an embittered children’s entertainer with a hook for a hand, a blind recluse with an unusual collection of Beanie Baby-style soft toys, a charming dwarf who plays the part of Blusher in the panto and a deranged but caring midwife who teaches ante-natal classes at the local hospital. Dame Eileen Atkins is brilliant as the evil Nurse Kenchington from Ravenhill.

Hopefully, even in repeats, this will find it’s way to the small screen again this year as does Rocky Horror Picture Show, Psycho and Plan 9 from Outer Space. If not….make this your next addition to your DVD library.