**SPOILERS: If you haven’t seen yet, this contains plot details from Poldark series 3 episode 6, which aired Sunday, November 5 on PBS** 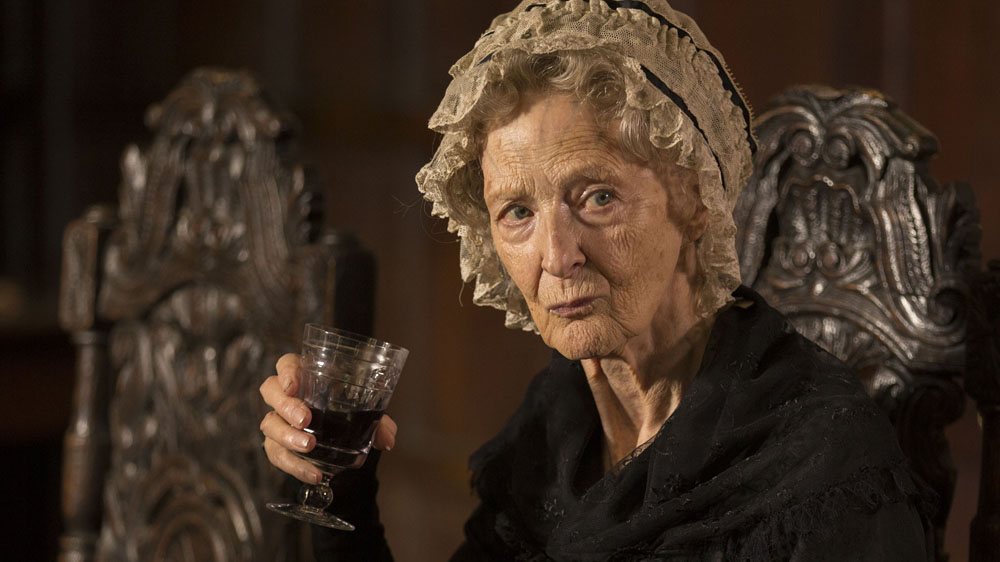 While you might immediately recognize Caroline Blakiston as Lionel Hardcastle’s ex-wife in an episode of the British comedy, As Time Goes By, the London-born actress has carved out a pretty successful run as the feisty Aunt Agatha Poldark in the BBC series, Poldark, which is currently the Sunday mainstay as part of the PBS Masterpiece series.

Aunt Agatha, the fabulous Cornish grande dame who has, quite possibly, made the absence of Downton Abbey‘s Dowager Countess just a bit easier to deal with for many of us on Sunday nights, is first and forever a Poldark…resiliant, wily and one who resists the Warleggan occupation of Trenwith with all the fervour she can muster, sparing what energy she has left to look out for the Poldarks both at home and at Nampara.

Blakiston, the former primary political leader of the Rebel Alliance in the 1983 Star Wars film, Return of the Jedi, will fondly remember Aunt Agatha (as will we) simply as….fierce.