If you can get to the UK for only one day, Friday, 17 November may be the day to head out. This year’s Children in Need broadcast will feature an exclusive look at the Doctor Who Christmas special, the episode that features Peter Capaldi’s last appearance before he regenerates into the series’ first female Timelord Jodie Whittaker. The BBC will air a clip of the episode during the early part of the Friday, November 17 broadcast. 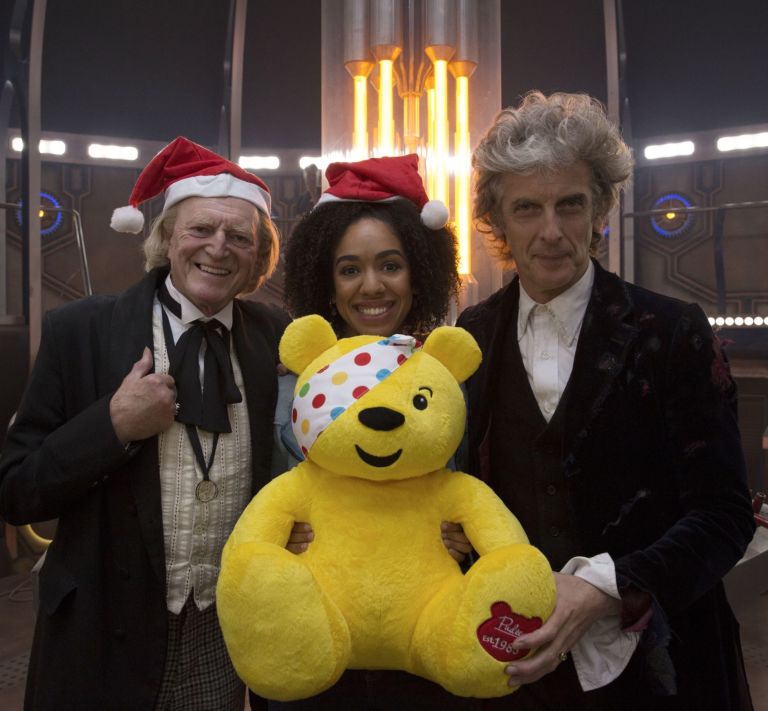 While it isn’t clear what section from this year’s Christmas special viewers will be getting, based on the newly released photo above, it may very well feature David Bradley’s First Doctor, a role originally created by the late William Hartnell, alongside the departing Peter Capaldi. Sherlock co-creator/writer, Mark Gatiss, will star as a World War I solider known as ‘The Captain’ in the December 25 special.

“There’s new monsters, there’s new jeopardy,” outgoing showrunner Steven Moffat said recently. “But what’s fascinating is the First Doctor confronting the superhero he’s going to become, with his supersize TARDIS and all that.”

Doctor Who returns December 25 to BBC One & BBC America.