What a difference 365 days can make. It was only one year ago that the midwives of Poplar were battling the heat in a South African mission hospital. Fast forward 365 days and it looks as if it will be a white Christmas and a much colder holiday season for the residents of Nonnatus House for the 2017 Christmas special. The big question to be answered is whether or not the midwives can maintain care for their patients while facing snow, ice, power cuts and frozen pipes? 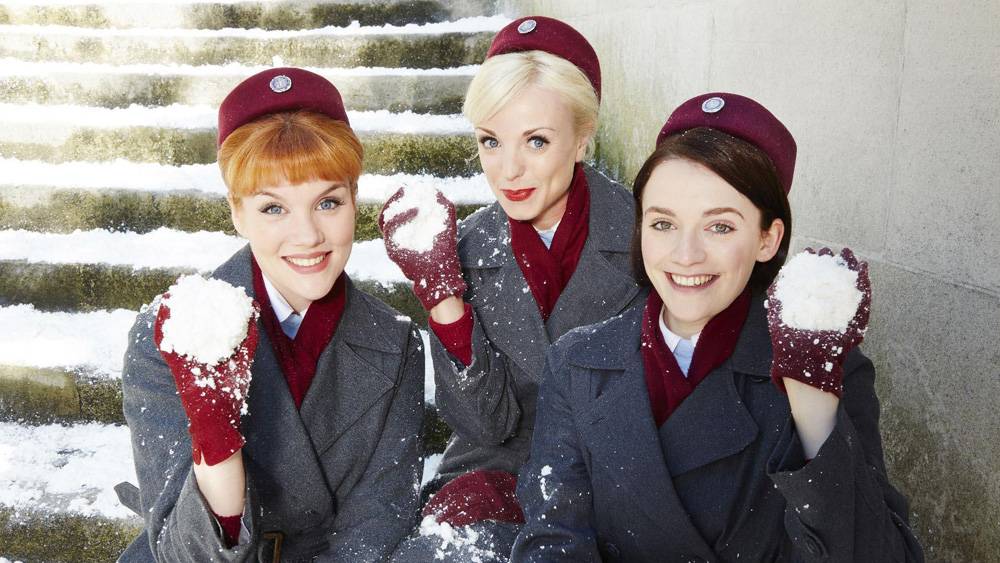 The festive special, which kicks off the seventh series of the British period drama, will see the bicycle-riding midwifes dealing with a thick blanket of snow and the coldest winter in 300 years. It’s 1963, a.k.a. The Big Freeze, when UK temperatures plunged and brought the country to a standstill with one of the coldest winters on record in the United Kingdom.

Call the Midwife‘s co-executive producer Pippa Harris hinted recently that the blizzard-like conditions that brought the country to a real-life standstill will provide the backdrop for the annual Christmas special. The seventh series, which will most likely transmit in January 2018 on BBC1 and in late March/early April on PBS in America, will continue to wrap its storylines around social developments, medical developments and musical developments of the time as they move through the 60s.

The Call the Midwife 2017 Christmas special airs Christmas Day on BBC1 and PBS.