The Wrong Mans Rule #1 – After witnessing a horrific car crash on a desolate country road, never ever answer the dead driver’s ringing mobile. Rule #2 – pay close attention to rule #1. In 2018, public television stations will show you what happens when Sam Pinkett breaks rule #1 AND #2 when the brilliant James Corden and Mathew Baynton comedy, The Wrong Mans, becomes part of stations British comedy line-ups. 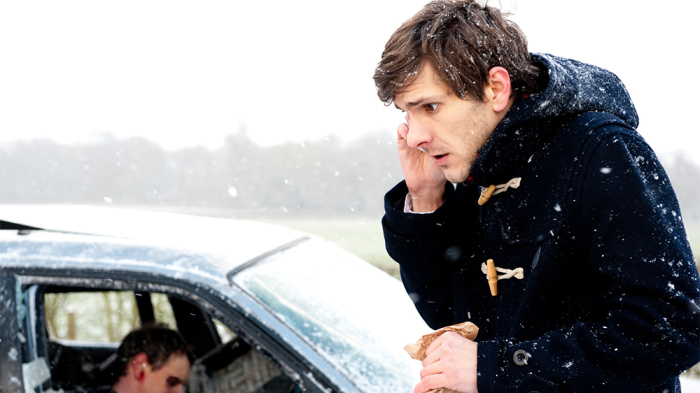 Blessed with both laziness and lack of ambition, Sam (Mathew Baynton) spends his days as a lowly Town Planning and Noise Guidance Advisor at Berkshire County Council. His ‘office buddy’, Phil Bourne (James Corden), works in the mailroom at the County Council building. While Sam’s life is boring and painful, Phil longs for some excitement and adventure beyond what the mailroom has to offer. 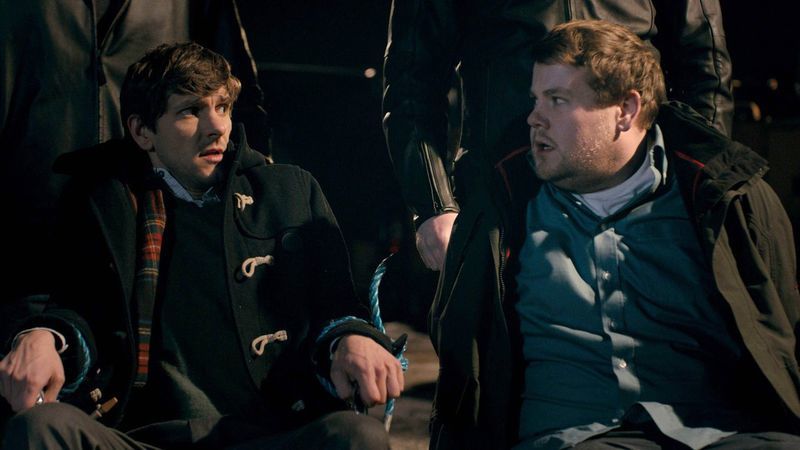 Created by and starring James Corden (Gavin & Stacey) and Mathew Baynton (Horrible Histories, Spy), The Wrong Mans begins with Sam failing to follow rule #1 causing the two well-meaning idiots and viewers alike to be immediately tossed into a world of crime, international conspiracy and corruption. As you would expect, there are consequences if you happen to witness to a fiery car crash on a desolate country road, innocently answer the dead driver’s ringing mobile and hear the words that would change your life forever, “If you are not here by five o’clock, we will kill your wife“.

Unfortunately for Sam, Phil sees this as an opportunity to shed their respective mundane lives for the possibility for some excitement and adventure beyond what the mailroom has to offer and save the kidnapped woman.

This is one of the series that a number of public television programmers have been tracking for several years after initially screening at the BBC Showcase in Liverpool. Finally, in 2018, viewers will get a chance to see why you never, ever break rule #1.

The greatness of The Wrong Mans comes to public television stations beginning in 2018!