Too many early Doctor Who episodes have, sadly, been lost over the years. Some have been found in garages, some have never surfaced. One such serial, “Shada”, was technically not lost but rather never finished. The Tom Baker serial, which was designed to be the final serial of the 1979-80 season, was never finished due to a technician’s dispute and strike action at the BBC which halted filming halfway through completion. The first three episodes were completed with location filming in Cambridge and studio sequences at BBC Television Centre and while the strike was settled fairly quickly, completion of “Shada” gave way to Christmas programming. 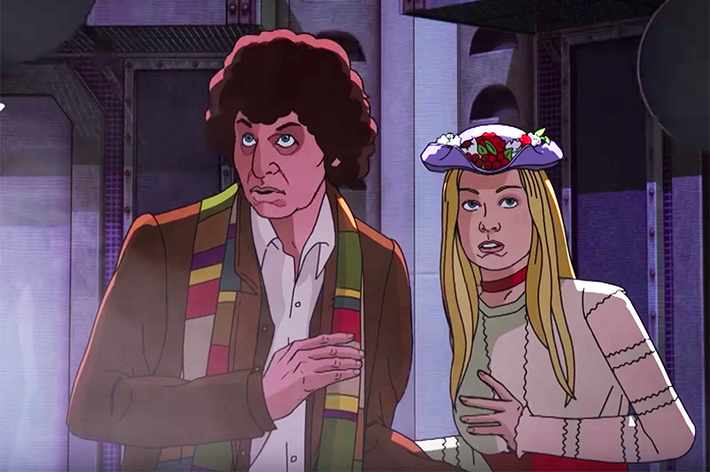 Given the elevated interest in the Douglas Adams (Hitchhiker’s Guide to the Galaxy) penned serial, there have been numerous attempts at completing Shada over the years including a direct-to-video release using linking narration by Baker, a Big Finish audio play (starring Paul McGann’s Doctor instead of Baker’s) with animation and even a novelization by revived series writer Gareth Roberts.

Earlier this year, the BBC announced that it would commission a definitive completion effort by combining the original footage of the serial with brand-new animation to bridge the gaps and bringing back the original cast including Tom Baker (The Fourth Doctor) and Lalla Ward (Romana) to record the missing lines. The story as it unfolds in Adams’ script revolves around the planet Shada, on which the Time Lords have constructed a high security prison for some of the Universe’s most dangerous criminals.

Doctor Who “Shada” will be available 24 November on digital download and 4 December on DVD and BluRay.