With filming currently underway for Poldark S4, even this year’s Children in Need special couldn’t bring production to a halt. But, the cast did take time out to participate by filming a special video for the UK charity that, since it’s inception in 1980, has raised over £600 million for disadvantaged children and young people in the UK. For the 2017 special, charity workers (and huge Poldark fans) Charlotte O’Neil, Keren Holding, Gillian Richardson and Razia Mohamed were under the impression that they were getting the opportunity to tour the set of the BBC period drama. 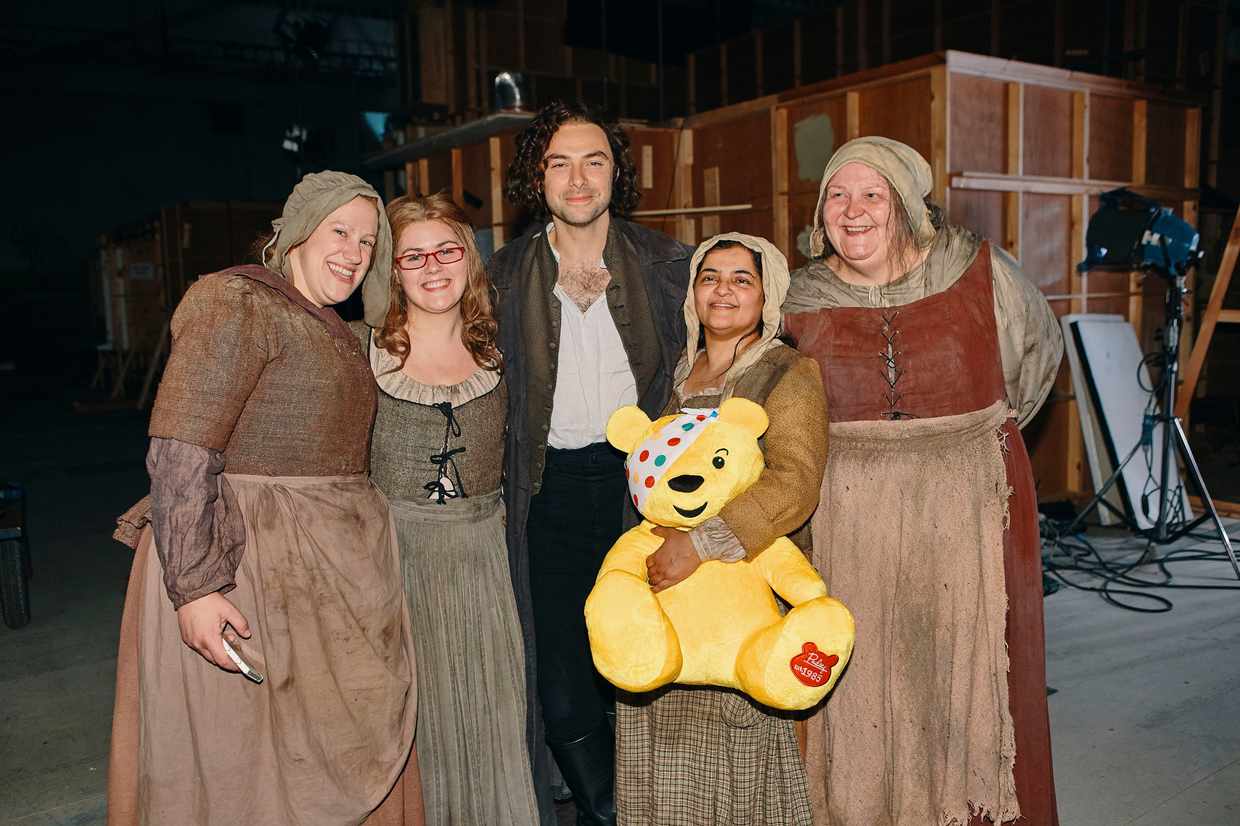 Little did they know that not only were they going to be treated to a grand tour by none other than stars Aidan Turner and Eleanor Tomlinson but they would be afforded the once-in-a-lifetime opportunity to appear in a scene from series 4 of Poldark! While Pudsey the Bear made it into the pics, unfortunately, it was left on the cutting room floor for S4.

Poldark S4 is tentatively set to return to BBC1 in Summer 2018 with a Fall 2018 on PBS date not far behind.