Following her time as a con artist in Good Behavior, Michelle Dockery seems to be getting pretty skilled at putting her six series stint as Lady Mary Crawley on Downton Abbey in the rear-view mirror. This time, in Steven Soderbergh’s Godless, which is now available on Netflix, Dockery plays Alice Fletcher, a hardened, gun-toting widow in the critically-acclaimed Steven Soderbergh/Scott Frank western which is set in the 1884s American West. 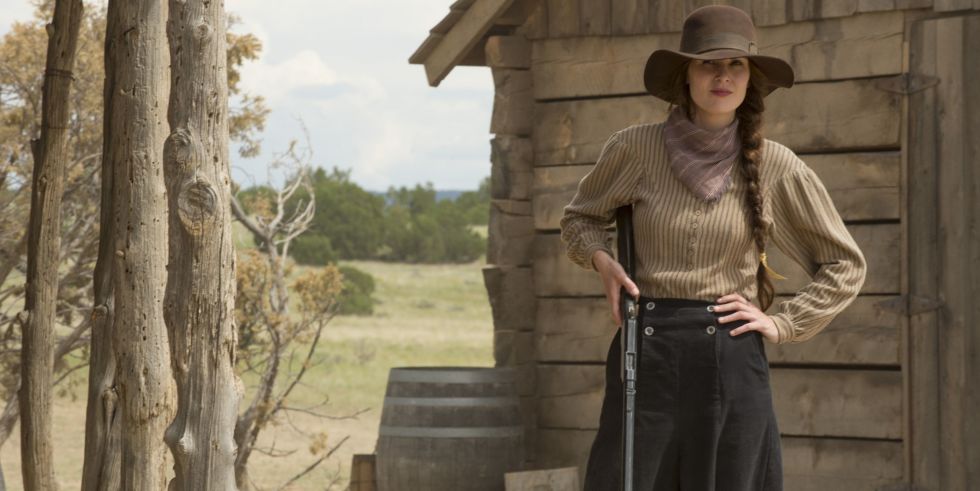 Shot in Santa Fe, NM, Godless follows the merciless hunt by Frank Griffin (Jeff Daniels) and his group of violent outlaws of former ally Ray Goode (Jack O’Connell), who is seeking refuge on Fletcher’s property. Fletcher lives in La Belle, a town full of women (a mining accident wiped out most of the local men) who must defend themselves when they get caught in the crossfire.

While this is a far cry from the four walls of Downton Abbey, and there have been endless rumors about what a possible return might look like, Godless really makes me want to see the British period drama come back as a western.

Godless is currently streaming on Netflix.