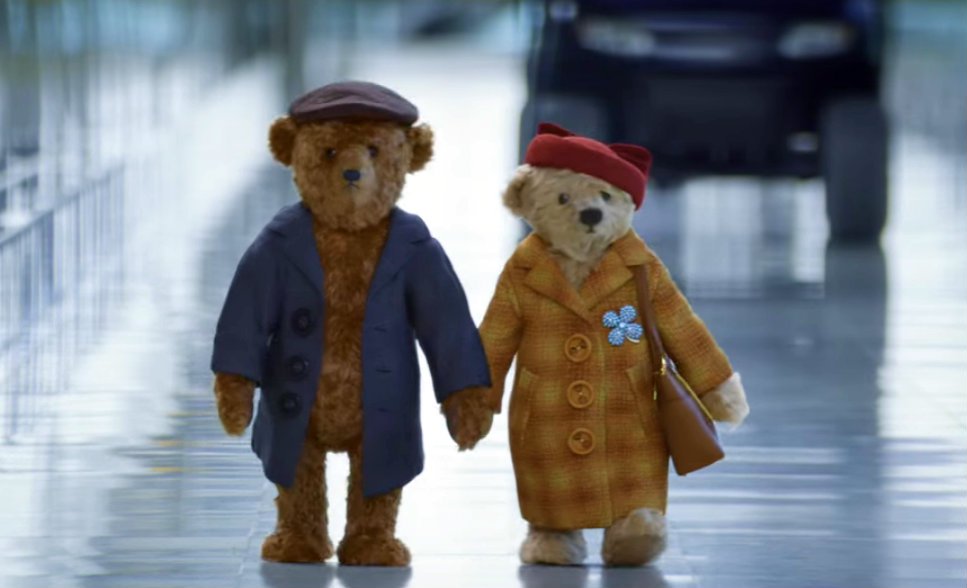 Throughout their 70 years, Heathrow Airport has specialized in reconnecting people with their loved ones, especially at this time of year, because coming home for Christmas is the best gift of all. Among the millions of seasonal passengers, there are some extra-special arrivals that have made it home in time for the big day. The Heathrow Bears made their debut in 2016 in “Coming Home for Christmas”, the airports first ever holiday video ad which was part of their 70th anniversary celebration.

Heathrow’s 2017 entry puts this years John Lewis, Sainsbury and Marks & Spencer Christmas adverts to big time shame. Adding Petula Clark’s “I Couldn’t Live Without Your Love” was brilliant. The 2017 sequel tells the 50-year story of Doris and Edward Bair. The furry pair meet in 1967 when she is an air stewardess and he a passenger, then continue to meet at Heathrow during Christmas time over the years with a second and third generation of bears eventually widening their family circle.

Shot in Heathrow Terminal 1 in 2016 which was closed for renovation, “It’s a Wonderful Flight” is just what the world needs this Christmas. Speaking of Petula Clark, see if you can spot her in the advert around the :40 mark.

Merry Christmas from the folks at Heathrow Airport and the Heathrow Bears.