NBC is counting on the old adage that the 3rd time will be the charm rather that older one that says strike three and you’re out when it partners with Universal Television to create and American version of Graham Linehan’s sitcom, The IT Crowd. Unsuccessfully piloted twice before to American audiences by NBC, the network’s newest effort may hold the key to success that the other two lacked as original creator Graham Linehan will both write the scripts and executive produce the newest effort. 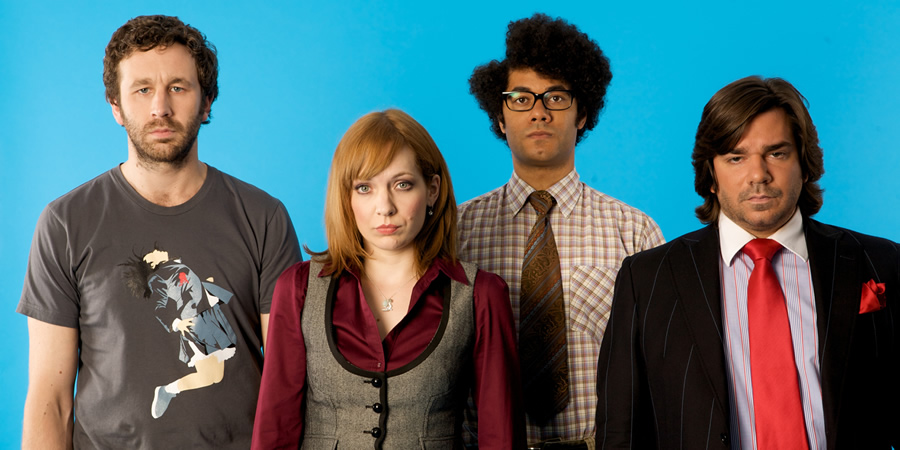 The original NBC 2007 effort starred Richard Ayoade reprising his role as Moss from the original British sitcom while the 2014 effort was overseen by Scrubs creator, Bill Lawrence. Both efforts failed to generate any interest beyond the initial pilot stage and were never brought to series. Having Linehan (who also gave us the greatness of Father Ted and Black Books) involved is a huge step in the right direction for this third effort to bring The IT Crowd to America.

Talking about how American sitcoms follow a different style of humour, Linehan explained recently in an exclusive Sitcom Geeks podcast: “I thought you cannot do the same type of show, if you look at US sitcoms, they do realistic grounded sitcoms with characters you love, brilliantly. Cheers, Frasier, Seinfeld; sometimes they have more surreal elements, but generally they’re much more grounded than my stuff.”

Interestingly, the first effort was done without his knowledge, Linehan told Sitcom Geeks hosts, Dave Cohen and James Cary. Linehan went on to add, “The second version I went out and worked on it for a week, and they went back to the original script and sold it to Fox… but I didn’t want to work with Rupert Murdoch so I spent one Christmas on the phone demanding they tear up the contract. This time round I pitched it myself, I went out there and said ‘British sitcoms do this, American sitcoms do this, I think we could do this if we adjust certain things’. They went for it. I’m completely involved.

Linehan revealed the premise to the NBC effort will be tweaked slightly to take into account of how technology has progressed. “It’s ten years after we first wrote it. Nowadays people like Jen would have an instinctive knowledge of how some things work.”

It makes sense to me as I’ll never forget when Jen thought she was holding the entire Internet in her hands….