Putting aside his career-long association with the Royal Shakespeare Company, his multiple Olivier, Golden Globe, Emmy, Screen Actors Guild award nominations, his stint as Captain Jean-Luc Picard on Star Trek: The Next Generation, his role as Professor Charles Xavier in the X-Men film series and even nine guest appearances as himself on Family Guy, Sir Patrick Stewart recently embarked on his most challenging role to date — Cowboy Pat! 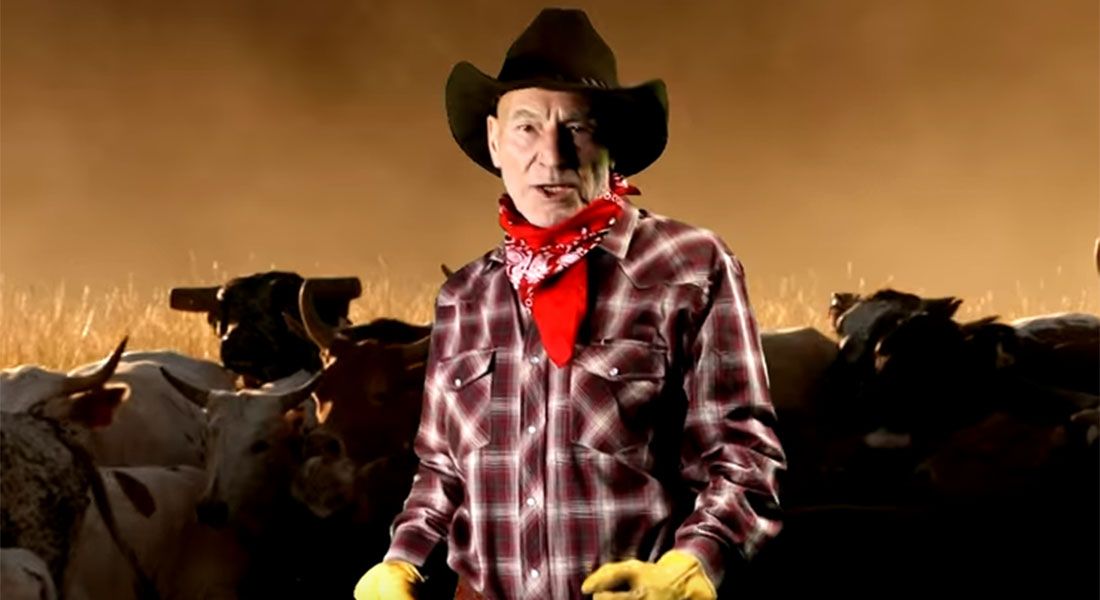 Complete with flannel shirt, spurs, chaps, bandanna and black hat, the greatness of Sir Patrick doesn’t disappoint as he belts out country classics such as ‘Rawhide’, ‘El Paso’, ‘Don’t Fence Me In’, ‘Ringo’, ‘Buttons and Bows’ and ‘I’m an Old Cowhand’, while decked out in his best country garb for charity. And, there’s even a Christmas track (‘Here Comes Santa Claus’) mixed in there!

Tragically, last I checked, all copies of Patrick Stewart’s Cowboy Classics, are “sold out” on his website, but there is a five-song sampler available for download for $10. All proceeds benefit the International Rescue Committee, an organization that helps those affected by war and disasters around the world.