With Call the Midwife returning to BBC1 later this month, American fans of the series broadcast on PBS will have to wait a bit before returning to the friendly confines of Nonnatus House and the bicycle riding midwives. Thinking back on the series 6 finale, which was filled with enough happiness and sadness to make me wish I had invested in Kleenex stock years ago, series 7 brings the unhappy news that Bryony Hannah (Sister Mary Cynthia), Emerald Fennell (Patsy Mount) and Kate Lamb (Delia Busby) will not be residing at Nonnatus House when there series returns. 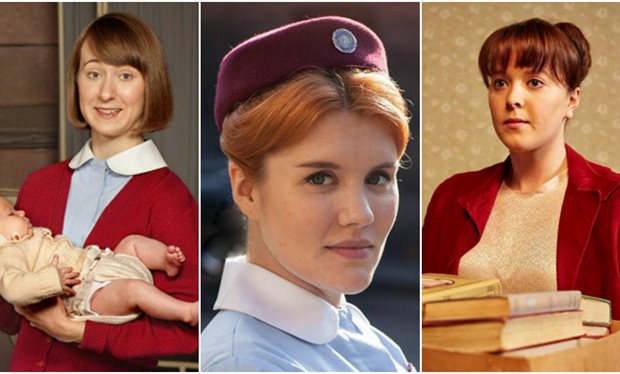 The departure of all three actresses are bittersweet as Hannah has been with the series since day one back in 2012 and Fennell and Lamb depart just when their on-screen characters, Patsy and Delia, had just reunited after an extended separation. In addition, Ben Caplan, the actor who plays Sgt. Peter Noakes, will be taking a break following the end of series 6 and will not be returning at this time.

While sad departures are nothing new for the midwives, Nonnatus House welcomes a new resident when Black Mirror actress Leonie Elliott is added to the cast as Nurse Lucille Anderson for Dr. Turner’s family and becomes the first West Indian midwife to feature as a regular character in the BBC drama. As with every preceding series of the popular drama, there are new faces, new real world events to confront head on and new challenges for Barbara (Charlotte Ritchie) as she struggles to adjust to married life while Trixie (Helen George) faces a personal crisis (surprise!).

Not worries, however, for fans of the series from day one as series 7 is filled with love and heartache, lots and lots of babies and, as per previous series, historical and social issues will be explored through the lens of the East End’s midwives of Poplar.