It’s a brave new world when it comes to distribution of television content these days.

Since the beginning of time, fans of specific series were at the mercy of a few network heads that held total control when it came to giving a thumbs up/thumbs down to a new season of a series.

It’s only in recent years that, as a PBS station programmer attending the BBC Showcase in Liverpool, we encountered several new kids on the block such as Netflix, Hulu and Amazon Prime. Streaming services have, in many instances, replaced The Discovery Channel, Animal Planet, Travel Channel as primary competitors for acquiring content for PBS stations.

While Netflix (House of Cards), Hulu (A Handmaid’s Tale) and Amazon Prime (Man in the High Castle) have paid big dividends to their respective bottom lines, only now are we seeing streaming services such as Acorn and Britbox enter the world of commissioning with the recent announcement that a second series of Agatha Raisin and a spin-off of the critically acclaimed ITV/PBS series of The Bletchley Circle have been resurrected and commissioned by Acorn TV/Acorn Media Enterprises and Britbox, respectively.

Both series have enjoyed audience success on PBS stations in the U.S. Raisin is a high-flying London PR executive (is there any other kind?) that fulfills a life-long dream of retiring to a small village in the Cotswolds. Unfortunately, the Cotswolds newest resident is hoping to make a really good second impression as it seems her entry in the local quiche-baking competition has killed the judge. Given the fact she is now the primary suspect, she calls upon her former assistant, a more than eager Detective Constable and her house cleaner to help solve the murder.

Based on the best-selling novels of M.C. Beaton, Agatha Raisin stars Ashley Jensen and will begin filming in April 2018. Series two will adapt three of MC Beaton’s novels, The Wizard of Evesham, The Curious Curate and The Fairies of Fryham and will be available internationally as three 90-minute television movies or six 45-minute episodes. 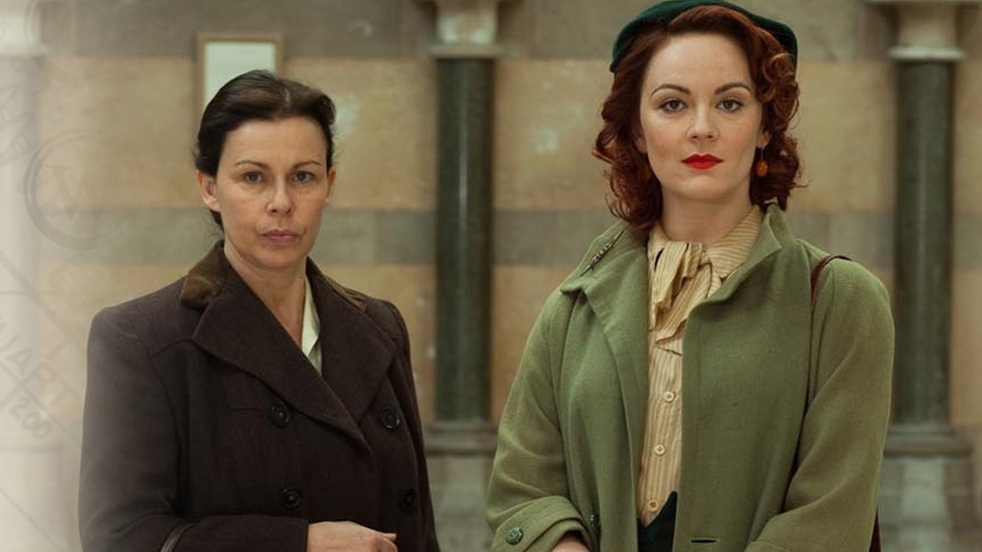 Starring Anna Maxwell Martin, Rachael Stirling, Sophie Rundle, Julia Graham and Hattie Morahan, the original The Bletchley Circle series, which aired on ITV and PBS from 2012-2014, followed a group of four female codebreakers at the famous World War II code-breaking center Bletchley Park, who went on to use their skills to investigate a series of complex crimes.

In Bletchley Circle: San Francisco, the spinoff will follow two of the original lead characters, Millie (Rachael Stirling) and Jean (Julie Graham), as they travel to 1956 America and join forces with two U.S. codebreakers to tackle a string of murder cases. The series will consist of four stories that will play out over two episodes each.