From the Department of Never Say Never, Martin Clunes (Men Behaving Badly, Doc Martin) is returning to the sitcom world to star in the forthcoming BBC1 comedy, Warren. The story centers around Warren Thompson, who has to move from the south to Preston when his partner Anne’s father becomes ill. 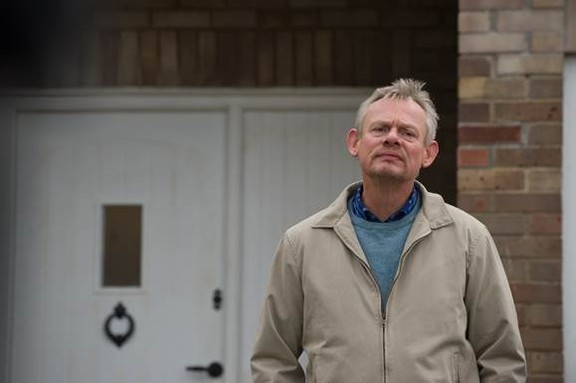 Taking a page out of the Dr. Martin Ellingham playbook, he soon finds that he’s in an area he dislikes, doing a job he doesn’t enjoy and with two teenage stepsons he never wanted. Clunes will star in the title role of Warren, a pedantic driving instructor who goes through life thinking the world is against him. Much like the Portwenn GP, Warren has a way of knowing best and speaking his mind that inevitably leads to conflict, chaos and disaster for those around him and most especially for himself.

While Clunes is primarily known in recent years for his role as Dr Martin Ellingham in the ITV series, Doc Martin, the London born actor got his start in comedy beginning with his first regular television role as one of the sons in the BBC sitcom No Place Like Home. His career defining comedy role came several years later in the Simon Nye sitcom, Men Behaving Badly, starring Harry Enfield, Neil Morrissey, Leslie Ash and Caroline Quentin. Clunes starred as Gary Strong, a beer-guzzling London flatmate of Dermot Povey (Harry Enfield in series 1) and Tony Smart (Neil Morrissey in series 2-6).

Clunes briefly returned in the role of Reginald Perrin in the 2009-2010 remake of the 1970s David Nobbs classic comedy, The Fall & Rise of Reginald Perrin. Talking about his unexpected return to comedy, Clunes said: “I had kind of told myself that I didn’t want to do another sitcom, but because this came from Hat Trick I thought it was worth a read and the script is just so funny that I didn’t want anyone else to do it.”