Right about the time the Philadelphia Eagles and New England Patriots take the field in advance of Super Bowl LII (yawn), the real bit of appointment telly happens several thousand miles away on ITV in the UK when Endeavour returns with the series 5 premiere starring Shaun Evans as the newly appointed Detective Sargeant Endeavour Morse. Evans is once again joined by Roger Allam, who returns as DI Fred Thursday, and Poldark’s Lewis Peek who joins the cast as Morse’s young apprentice, DC George Fancy. 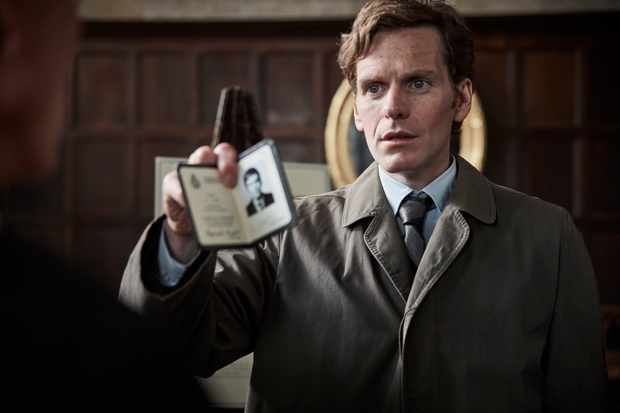 In “Muse”, the first installment of an extended series 5 (6 episodes as opposed to the customary 4 episodes in series 1-4), past and present collide in Oxford, as the auction of a priceless Faberge Egg gets underway at Lonsdale College. It soon attracts the attention of an infamous international thief – and consequently the newly christened Thames Valley Constabulary – as Endeavour investigates a failed burglary attempt.
However, they soon have a bigger case to solve, as the gruesome death of a known gangster threatens to expose the growing threat of underworld Oxford. If that isn’t enough for you during episode 1, the newly-promoted Endeavour struggles with his role as he’s forced to mentor young detective constable George Fancy, and there’s a surprise reappearance opens up old wounds.
Endeavour “Muse” airs Sunday, 4 February at 8p on ITV and Summer 2018 on PBS.
In: Mystery