Almost 20 years removed from a fatal on-air shooting brought about the cancellation of his 1990s chat show Knowing Me, Knowing You, Alan Partridge (a.k.a. Steve Coogan) returns to take on the gig of a lifetime as the (temporary) stand-in co-host of an evening weekday magazine show, This Time, on BBC one. 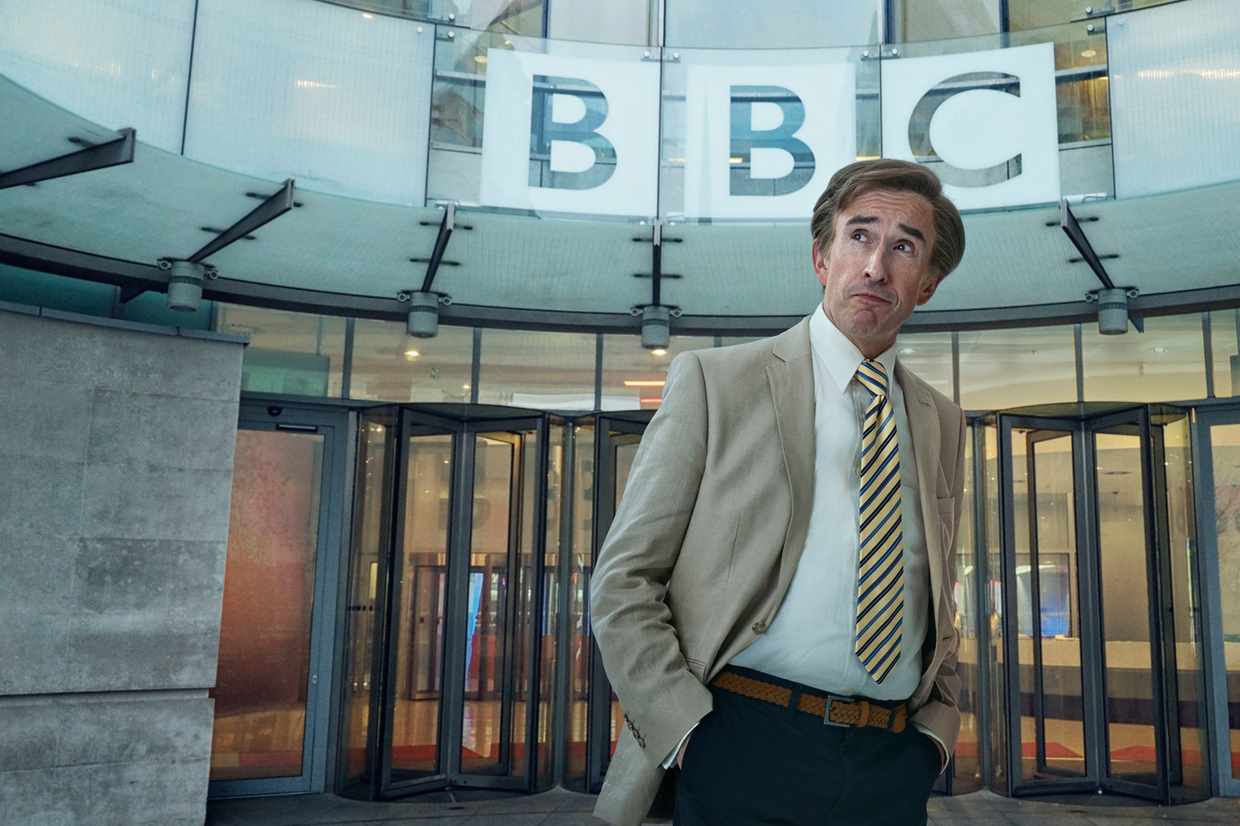 Long recognized in his own mind as one of the heavyweight broadcasters of his era, Partridge’s new adventure is being described by the BBC as “a heady mix of consumer affairs, current affairs, viewer interaction, highbrow interview and lightweight froth.” Joining the former host of his North Norfolk Digital web series, Mid-Morning Matters, on the sofa will be Susannah Fielding as his female co-presenter Jennie Gresham, and Tim Key as Simon “formerly Sidekick Simon” Denton.

With his return to the BBC, Partridge’s career will come full-circle ever since he shunned the dated concept of television and returned to his radio roots as a disc jockey on North Norfolk Digital radio’s 4th best time slot back in 2010 for his online web series.

“Alan is very excited about this TV chance,” added collaborator Rob Gibbons, who has written for the character alongside Coogan and his brother Neil for a number of years. “He’s nervous because he knows how badly he screwed things up last time. So, the question is whether he can sink his claws into this job and hold onto it? You’ve got to doubt it.”

This Time with Alan Partridge comes to BBC1 in 2018.