It’s a bit hard to grasp but Thursday marked the 30th anniversary! of Red Dwarf’s broadcast premiere on Monday, 15 February, 1988 at 9p on BBC2! Coincidently, the competition that fateful night looked a bit similar to today’s TV schedule as the premiere broadcast of the first ever episode of Red Dwarf was sandwiched in the middle of the BBC’s XV Winter Olympic Games coverage. Series co-creator and writer of all 73 episodes dug deep into the archives recently to find this gem from that weeks Radio Times. 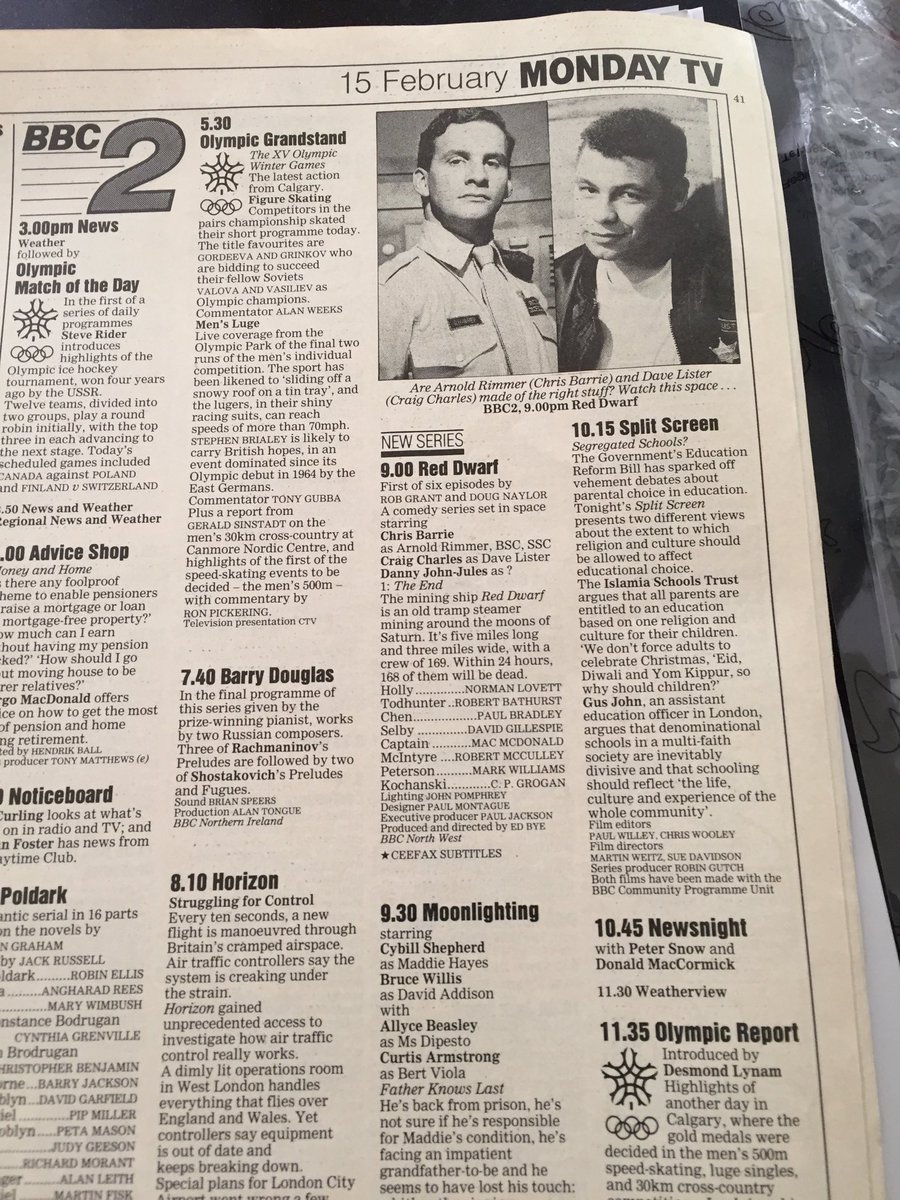 Thirty years and 73 episodes later, it appears as if RDXIII is on the verge of happening. The current home for the series, Dave, has shown a high interest in more episodes and scriptwriting has already begun according to Naylor in a recent interview with WhatCulture. Naylor also casually mentions that co-creator Rob Grant “may well want to return to Red Dwarf in some capacity down the line”, and he would be more than welcome to do so.

The boys from Red Dwarf look ahead to series 13…. 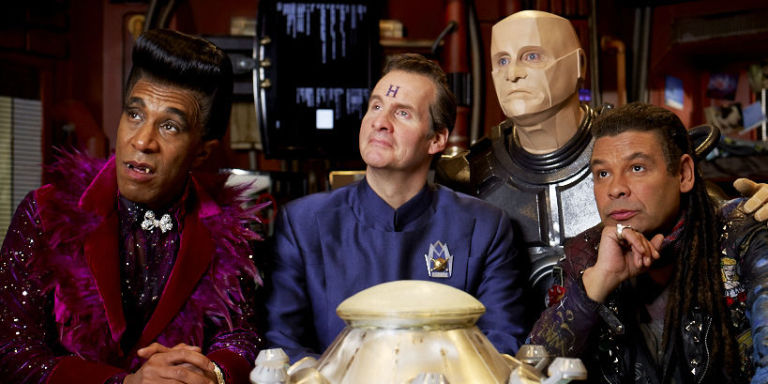 While no one including Naylor ever expected the series to still be in production after 30 years, RDX, RDXI and RDXII hit a stride to where it’s fairly easy to see it continuing far into the future. Returning to its roots in front of a studio audience has really strengthened the series and the obvious chemistry and energy among ‘the boys’ has not diminished one bit over the years. Couple this with spot on writing and there’s every reason to believe it will continue to find an audience for many years to come.

Happy 30th to the cast and crew of Red Dwarf! While UK audiences will have to sit and wait for the ‘official’ word on RDXIII, American audiences will get a chance to see the boys return this Spring when RDXI and RDXII come to public television stations.